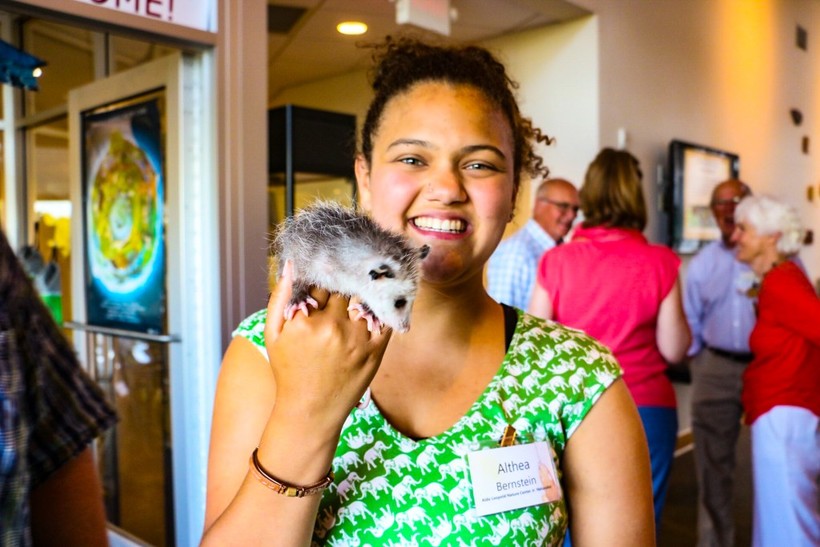 Althea Bernstein poses at the Aldo Leopold Nature Center. Early Wednesday morning, June 24, 2020, Bernstein was attacked by four white men who yelled racial slurs and threw lighter fluid and a lighter through her open car window as she was driving in downtown Madison. The attack is being investigated as a hate crime. Photo courtesy of The Joy Trip Project/James Edward Mills

The Madison Police Department is investigating an assault on an 18-year-old Black woman as a potential hate crime after she was burned on the face and neck early Wednesday morning.

Althea Bernstein told Madison365 that someone yelled the N-word at her and threw lighter fluid and a lighter through her open car window as she was driving in the State Street area in downtown Madison.

According to a police incident report recorded Thursday morning, Bernstein saw four white men approach her car that night. The report says one of them used a spray bottle to deploy a liquid on her face and neck, and then threw a flaming lighter at her, causing the liquid to ignite.

Bernstein reportedly drove forward, patted out the flames, and drove home, where her mother encouraged her to go to a hospital. Hospital staff believed the liquid was lighter fluid. She was treated for burns, and will need to make follow-up visits for additional medical care.

A spokesperson for the Madison Police Department confirmed Friday that the Federal Bureau of Investigation has joined the case.

Police investigators report they are looking at surveillance images to see if any of the assault was captured on camera.

Michael Johnson, CEO of the Boys and Girls Club of Dane County, has been asked by Bernstein's family to share their official statement. He spoke with Bernstein via video chat today, and said she had been treated for second and third degree burns.

"I can't even describe it," he said. "Like, what they did to her and to see those scars on her face and what she's going to have to go through to heal from, that it's just, that's what her mom and dad want to focus on."

Johnson said he hopes the perpetrators are apprehended.

"It is unfortunate, the times that we're living in and the things that people are doing to each other," he said.

In a statement, Madison Mayor Satya Rhodes-Conway condemned the crime and said she has spoken with Bernstein's family to express her condolences.

"While we are still learning more about the details, current information suggests this may have been a premeditated crime targeted toward people of color, which makes the incident even more disturbing," the statement said.

Rhodes-Conway said she has confirmed with Acting Madison Police Chief Vic Wahl that the case is a priority.

Anyone with information on the crime is being asked to contact Madison Area Crime Stoppers at (608) 266-6014 or by computer at P3Tips.com.