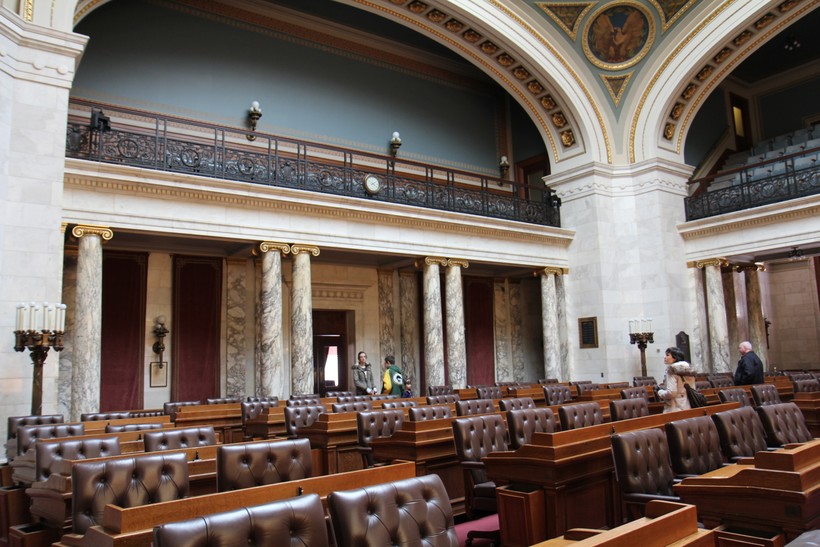 Republican legislators intend to have a bill preserving health coverage for those with pre-existing conditions ready for a vote in the full Assembly as early as next week after it passed an Assembly committee Thursday.

But it remained unclear whether they would strike a deal on the proposal with Democratic Gov. Tony Evers, who said again Thursday he had problems with the bill as it's currently written.

Evers met with Republican leadership Thursday to discuss possible changes to the plan.

Not knowing what might result from those discussions, Democrats on the Assembly health committee urged Republicans to delay the vote.

But state Rep. Joe Sanfelippo, R-West Allis, said GOP lawmakers want to act quickly on concerns heard from constituents about health care during the campaign leading up to November elections.

"I'm just fearful that if we don’t move forward and pass this bill, we will not be fulfilling an obligation to the constituents that we made that we are going to protect people with pre-existing conditions," Sanfelippo said.

The bill passed with two Democrats joining all the Republican members, even though all the Democrats on the committee expressed concerns the measure might not be strong enough to prevent people from paying more for pre-existing medical conditions.

"I'm going to go ahead and vote for the bill. I'm taking a leap of faith that this will be a beginning not an end," said Rep. Lisa Subeck, D-Madison. "I’m hoping that we can actually work together on this bill. I don't feel we've worked together on the bill to this point."

Republicans said that aspects that Democrats want included in this proposal might be taken up in other bills. They also made it clear that this legislation wouldn't be a carbon copy of the federal Affordable Care Act, which they said they oppose.

"Today premiums are higher than they were in 2009, deductibles have more than quadrupled. So, to sit here and say we want to reinvent Obamacare, which isn’t affordable — I don’t want to go down that road," said Rep. Mary Felzkowski, R-Irma.

In a series of tweets Thursday, Evers called the bill a "step in the right direction," but he said he wanted changes before he would commit to signing the measure.

Unlike the ACA, the state bill doesn't ban lifetime caps on health insurance or spell out the list of "essential benefits" insurance companies are required to follow. Evers said he asked Republicans to include those in the bill.

A bill without those protections passed the Assembly last year, but failed in the state Senate.