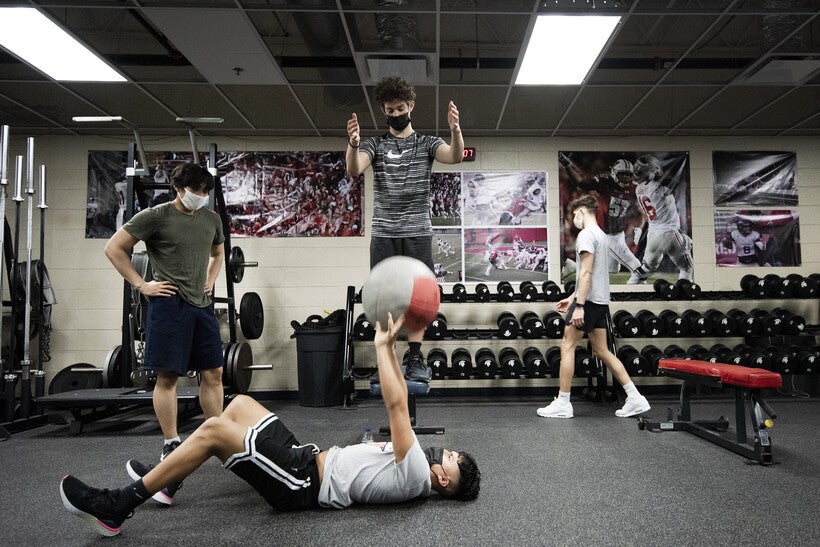 Friends and family of a Waukesha teen who died from a rare heart problem while playing sports are advocating for a law they say could prevent such tragedies in the future.

A proposal authored by Sen. Alberta Darling, R-River Hills, and Rep. Scott Allen, R-Waukesha, would require athletes in interscholastic and club sports to receive information about sudden cardiac arrest before they would be allowed to participate in any competitive activities.

In 2019, 16-year-old Kai Lermer collapsed while playing basketball with friends at a Waukesha park and later died. The three-sport athlete had an undiagnosed heart condition called Wolff Parkinson White Syndrome, which causes an irregular heartbeat.

"Kai was a healthy teen. He never had any health complaints. He was rarely sick. So, this was a huge shock for us," said Kai’s mom, Patty Lermer, during an Assembly legislative hearing Tuesday.

Lermer said tests might have been able to detect her son’s condition and prevent his death.

Young athletes who participate in Wisconsin Interscholastic Athletic Association sports are currently required to get a physical and be informed about concussion protocol. The proposal would require the Wisconsin Department of Public Instruction and WIAA to formulate educational materials that would be distributed to participants in youth athletics regarding the risk of sudden cardiac arrest.

"The Wisconsin Interscholastic Athletic Association supports education and information addressing sudden cardiac arrest; however, the membership believes legislation is not needed with the significant review, education and resources that have been devoted to the topic for many years and the existing resources available," the WIAA wrote in its testimony to the committee.

But Kai’s godfather, Paul Ybarra, said pointing people to a website is not enough and urged lawmakers to support the bill, which was recommended for passage by a Senate committee in March.

"You took action to protect children’s heads with concussion protocols. Please do the same thing for the hearts," Ybarra said.

Members of the Assembly Committee on Education were supportive of efforts to increase awareness about sudden cardiac arrest, which the WIAA says is the leading cause of death in young athletes while training or participating in sport competition. However, several were skeptical of the proposed law. They pointed out insurers may be reluctant to cover the cost of electrocardiograms and there’s no way to ensure club sports not under WIAA’s jurisdiction give participants information on sudden cardiac arrest.