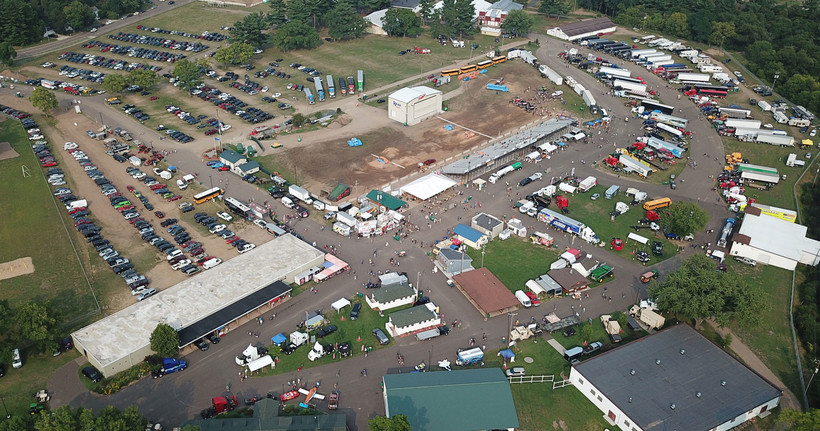 Terry Biddle participated in a demolition derby when he was 18 years old. The fact that he smashed up his grandfather's '59 Buick didn't go over so well.

Without a threat of getting into trouble, Biddle can enjoy this year's demolition derby from the stands of the Big Rig Truck Show at the Northern Wisconsin State Fairgrounds this weekend in Chippewa Falls.

Co-owner and coordinator of the Eau Claire Big Rig Truck Show, Biddle and other staff have been preparing a track for the event with 463,000 pounds of clay for Saturday's main event that is set to start at 2 p.m.

"It may be a dirty, messy work of art, but it's a work of art," he said. While last year's event featured monster trucks, event coordinators decided to retire that option in part because of its high cost.

Instead, the derby will pull in competing trucks in eight classes whose drivers will fight for cash prizes on a clay bed that's 80-by-150-feet long and 8 inches high.

But the weekend's centerpiece show is flanked by two days of events that include exhibitors, activities for kids — such as face painting, a coloring contest and a coin dig — music, chainsaw art, balloon sculpting and juggling, among a host of other activities.

The Big Rig Night Parade will run from 9 to 9:30 p.m. Friday along North Bridge Street in downtown Chippewa Falls, and will be followed up by a big rig light show on the grounds from 9:30 to 11:30 p.m.

Special events Saturday include the vintage fire truck demonstrations at 11 a.m. and 1 p.m.

An estimated 150 trucks will be on display throughout the weekend, Biddle said. A staff of about 15 people will help guide the trucks into designated parking spaces on the grounds.

Originally at the Oakwood Mall parking lot in Eau Claire, the event then moved to the Chippewa Valley Technical College parking lot before finding a home at the Chippewa Falls fairgrounds to accommodate the growing number of attendees.

"It turned into just a massive event," he said.

Biddle said these events are useful tools to introduce younger people to the trucking industry. In addition to trucks on display, the event will have trucks for sale and rent. 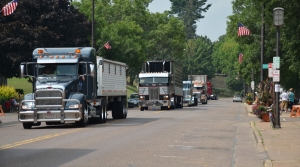 On this Wisconsin Weekend, we explore Eau Claire's 10th annual Big Rig Truck Show. We learning more about the event that has grown to attract 15,000 families. Plus, we look at the trucking industry and how this event educates people of all ages.