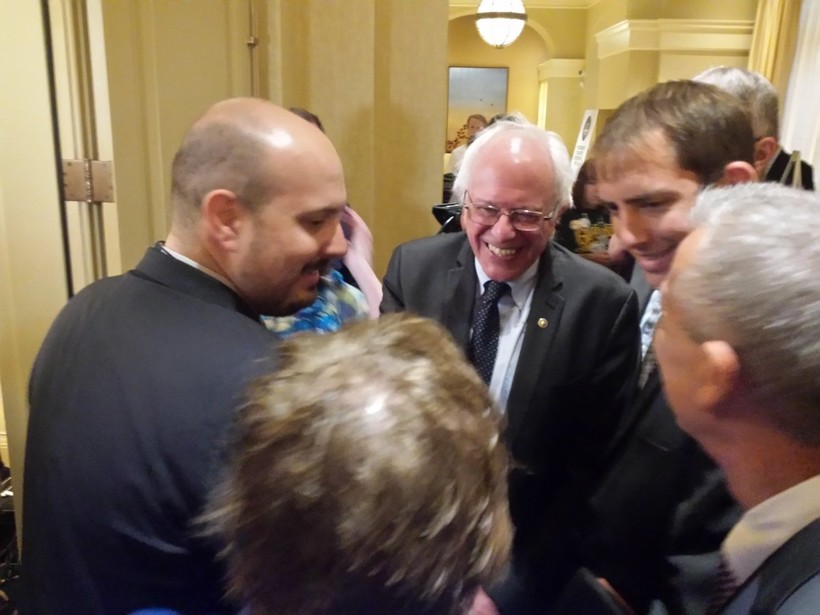 Bernie Sanders To Wisconsin Delegates: The Revolution Isn't Over

U.S. Senator Says Campaign Organization Will Continue To Back Progressive Agenda In Other Races
By Shawn Johnson
Share:

U.S. Sen. Bernie Sanders paid a visit to the Wisconsin delegation at the Democratic National Convention on Tuesday morning, telling them that defeating Republican presidential candidate Donald Trump is key to continuing their political revolution.

Sanders was speaking to a friendly audience in the Wisconsin delegation. A majority of the state’s delegate’s are his after he handily won Wisconsin’s primary. He told the crowd they had a few jobs ahead of them.

"We have got to do everything we can to make sure that Donald Trump, who in my view, is the worst, least-prepared candidate for president in my lifetime," said Sanders. "Number two, we have got to obviously elect Hillary Clinton. Number three, we have got to stay focused on our issues and force every level of government to represent working people."

Along those lines, Sanders said he would transform his campaign into an organization that supports candidates at all levels of government, all the way down to people running for school board.