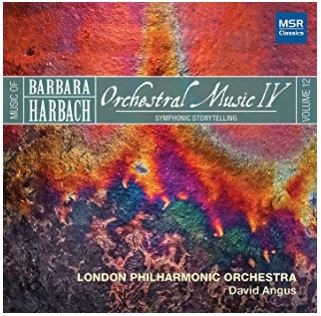 The week's new release is really interesting - it's from American composer Barbara Harbach, who is based at the University of Missouri - St Louis. Harbach has written an orchestral suite as the film score for a 1915 silent film with an interesting history: "Hypocrites" was directed by Lois Weber, the leading female director-screenwriter in early Hollywood and deals with religious hypocrisy. The film was shockingly controversial at the time and was banned in a number of places.