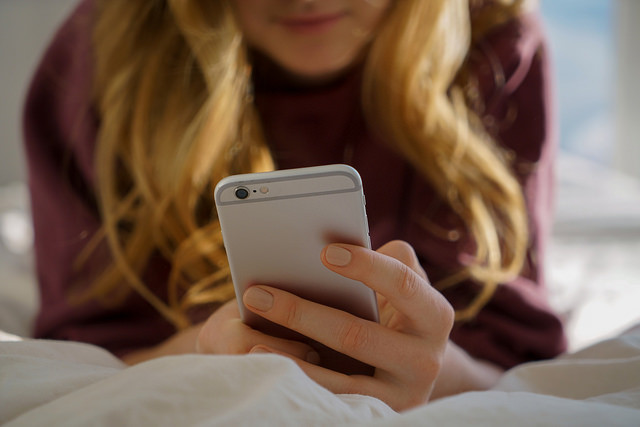 Bail Much? Expert Says It's Better To Stick To Your Plans

Don't Cancel, Even If Technology Is Making It Easier To Back Out
By Elizabeth Dohms-Harter
Share:

Regan Gurung has some pithy advice for those thinking about canceling upcoming plans. Don't.

"Just go out and do it," said Gurung, a Ben J. & Joyce Rosenberg professor of human development and psychology at the University of Wisconsin-Green Bay. "And for the most part, I think we'll be glad that we did."

Gurung's advice comes at a time when more people seem to be backing out of plans they made with friends and family. Recently on his blog he posed the question of whether we're living in a culture of bailing, where he lists himself among the growing hoards of people on the receiving end of plan-changers and bailers.

"I have been teaching for over 20 years and it seems like fellow professionals not sticking to commitments (meetings or writing assignments), and students just bailing (meetings or class assignments) seems to be on the rise," he wrote.

As for now, there's no empirical data to back up his claim that more people are less likely to stick with their plans. Regardless, Gurung has formed his own opinions about why we're so quick to send a quick text or Facebook message lamenting our own absence.

For one, technology is making it much easier to back out in a more impersonal way.

"Think back to the times when if you had to cancel something, you would have to actually see the person face-to-face or make a call," he said. "That's a lot different situation when you have to pick up the phone and say, 'Oh, by the way, you know that thing we planned for so long ago? Well, I'm not going to be able to do it.'"

While some might cancel plans to cozy up on the couch for a long night of Netflix or to work through their latest Facebook updates, technology also exposes people to more appealing options besides spending time with those who they made plans with. Facebook is especially good for that, because users can see what events their friends are attending and what might look interesting.

Alternatively, some people are just overbooked and looking for ways out of plans that they don't have the energy for.

"I think in the last few years in particular you've seen us having more and more to do and we take on more responsibilities and there's just so much going on," Gurung said. "It seems that sometimes instead of going out it does seem easier to just not."

Americans certainly are feeling more stressed out than they used to, Gurung said.

An American Psychological Association 2017 survey on stress showed 75 percent of Americans experienced at least one symptom of stress in the past month. About 45 percent say they lay awake at night and 36 percent said they're nervous or anxious.

"When you look back at that same survey every year, you can see that those numbers are higher than it has been for some time," he said.

Those on the receiving end of a stressed-out friend canceling plans should try to be understanding.

"We could or should probably also think about maybe that person is taking the right step and doing something that will help them cope with just a really busy week," he said.

But Gurung still maintains that people shouldn't bail on plans, if possible.

"The reason for that is actually hanging out with people is social support and could help you cope with stress," he said, also noting sometimes the best thing to do is take time alone to unpack that stress.

Gurung said one of the biggest factors to watch out for is the natural human tendency to blame the other person when they cancel plans, but blame the situation when the tables are turned. In psychology, it's called the fundamental attribution error.

"So if I cancel something, obviously I had something going on ... but if somebody else cancels we tend to say, 'Oh, it's that person who's flaky,'" he said. "Let's not make that error because it'll help us treat people better if we don't."

So, what if you're friends with the chronic canceler? Are you obliged to keep inviting them to outings?

It's better to separate out personality from situational factors, Gurung said. If you're consistently bailing, don't expect your friends to be so forgiving. But as someone who was canceled on, look at it from the perspective of the canceler and determine whether there's a reason he or she is canceling plans.

For example, someone could be suffering from an isolating condition such as depression and would benefit from a friendly meet-up.

"If we really care about our friends, I think a good friend reaches out and says, 'Hey, I've noticed you've been bailing often, anything going on?' I don't think we just let it be."