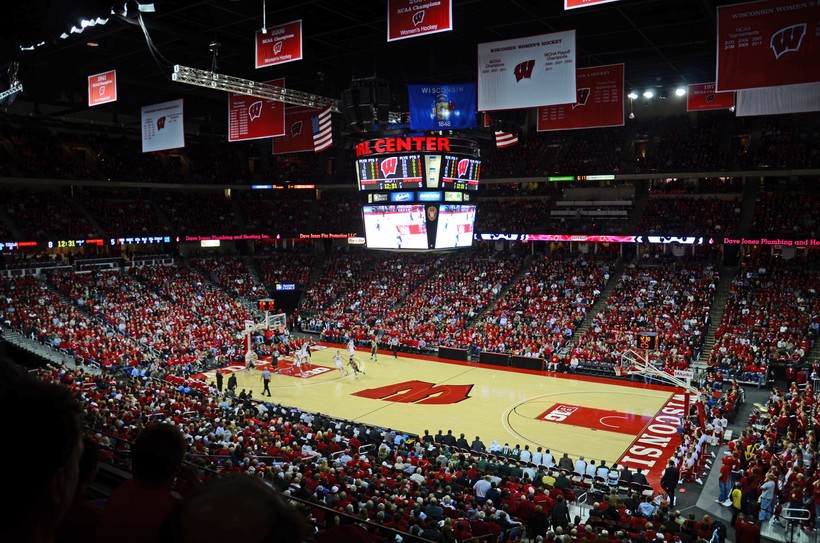 The Kohl Center in Madison, home to Wisconsin Badgers basketball.

Badgers Men's Basketball Off To Best Start In Program History

Despite losing Tuesday night, the University of Wisconsin-Madison men's basketball team is off to its best start in program history this season.

Bo Ryan's Badgers won 16 straight games before falling to Indiana. The streak is impressive by any measure, but radio play-by-play announcer Matt Lepay said it's even more impressive when you look at whom they beat: quality teams like Marquette, Florida, and St. Louis.

“In college basketball, you can get some programs that reel off a lot of wins to start the season playing a ton of cupcakes,” said Lepay. “Wisconsin hasn't done that. Its strength of schedule, by unbiased computer rankings, has been at or near the top of the country.”

Lepay said Wisconsin has been balanced and efficient on offense and stubborn on defense. They've had veteran leadership from juniors Frank Kaminsky and Traevon Jackson, and freshman Nigel Hayes is having a good season. Lepay said the Badgers have the potential to get even better.

“I think a lot of folks will tell you down the road, assuming that this team holds together, (with) injuries and everything else, that it might ... be even better next season,” said Lepay. “But 16-1 is pretty hard to top.”

Wisconsin is ranked No. 3 in the country, and is in third place in the Big Ten standings.

But Lepay points out it's not how a team starts the season -- it's how it finishes that counts.