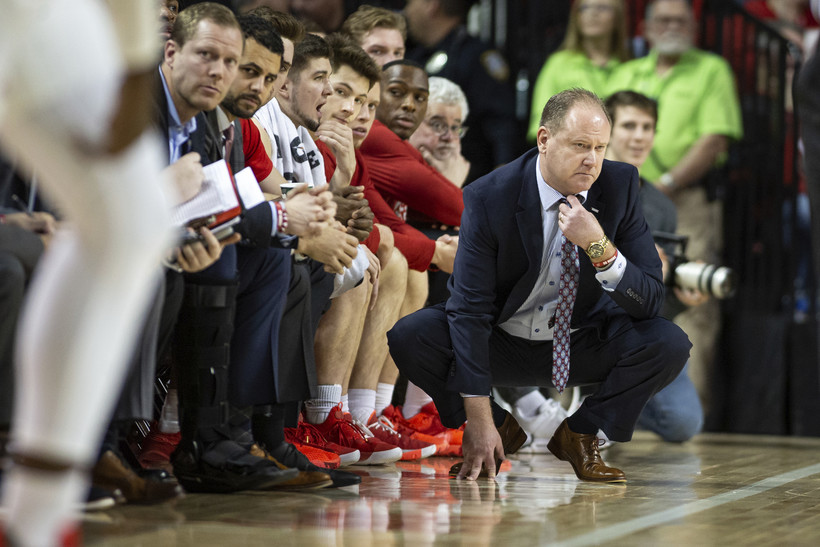 In this Feb. 15, 2020, file photo, Wisconsin head coach Greg Gard straighten his tie as he watches the action on the court during the first half against the Nebraska of an NCAA college basketball game in Lincoln, Neb. Wisconsin is trying not to think about its missed opportunity from last March as the Badgers seek to build on the momentum they established before the pandemic shut down the 2019-20 season prematurely. John Peterson/AP Photo

Marquette Will Host Wisconsin Dec. 4 But There Won't Be Fans
By Megan Hart
Share:

Top athletes signed letters of intent to play at the University of Wisconsin-Madison and Marquette University next season.

Though National Signing Day is an occasion to look ahead, coaches Greg Gard, of No. 7 Wisconsin, and Steve Wojciechowski, of Marquette, also talked to reporters about recruiting during the pandemic and preparing for the unusual upcoming season.

Hepburn and Mors are both the reigning Gatorade Player of the Year in their home state. Meanwhile, Hodges, a 6-foot-9-inch power forward, averaged more than 15 points per game last season.

Given the uncertainty surrounding the coronavirus pandemic, Gard said he's appreciative all three players opted to sign early. The Badgers are still recruiting for 2021, but it's not easy, Gard said. He compared recruiting during the pandemic, when it's more difficult to evaluate players and build relationships in person, to online dating. Players never miss shots in their highlight videos, he said.

"They’re either really good or they’ve got a great editor," Gard said.

It's also hard for the players, he acknowledged.

"The ability to do visits, take tours of campus, us be out on the road, those types of things, the summer AAU, was all taken away for the most part," when many sports activities, including recruiting, were halted in March due to the pandemic.

Down Interstate 94, Marquette signed guard Kameron Jones on Wednesday. The Tennessee native attended a Golden Eagles basketball camp two summers ago. The pandemic may have given Marquette a leg up in recruiting him, because Jones didn't get the chance to play on a big stage this summer, Wojciechowski said.

"I think he's a national recruit even though he's flown somewhat under the radar," Wojciechowski said.

Stevie Mitchell from Pennsylvania also signed with Marquette. The Top 100 recruit averaged more than 22 points per game as a junior. 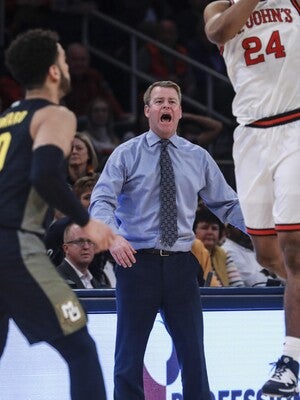 Marquette has released its men’s basketball schedule through Christmas, which includes matchups against top Big East teams like Villanova and Creighton.

The Golden Eagles will host the Badgers on Dec. 4. And Wisconsin will welcome the Louisville Cardinals on Dec. 9 as part of the ACC/Big Ten Challenge.

Otherwise, Wisconsin’s schedule is yet to be confirmed. Contracts are still pending for some games, Gard said. The team added coronavirus language to those contracts to ensure opponents are taking the necessary precautions, he added.

"If there’s an unknown, there’s an uncertainty, I’m not going to put them in harm’s way," Gard said of his team.

Wisconsin has also been in touch with nearby schools in case the Badgers need to schedule an opponent last minute in the event a game gets canceled due to a coronavirus outbreak on the opposing team, he said.

Wisconsin is returning seven seniors who helped lead the Badgers to a share of the Big Ten title last season.

No Fans For Now

On Wednesday, Wisconsin’s Athletic Department announced there’ll be no spectators at men’s and women’s home basketball or hockey games indefinitely.

UW Athletics is in the process of refunding season ticket holders, according to a news release.

Earlier this month, Marquette’s Athletic Department confirmed there’d be no fans at home basketball games through the end of the year.

"We will continue to evaluate our options and be in touch with any individual game ticket opportunities in the new year if circumstances allow," Marquette Director of Athletics Bill Scholl said in a statement.