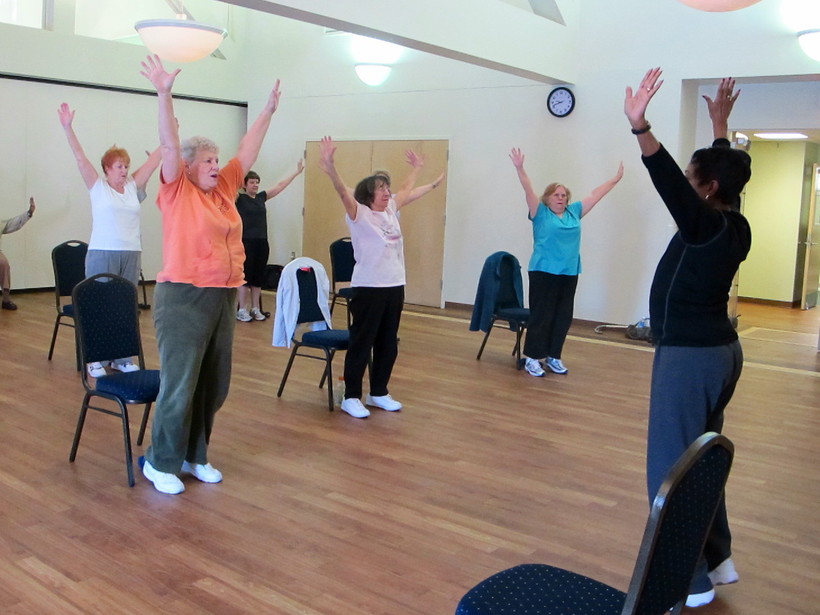 Participants take part in an exercise class at the Lourie Center, a senior center in Columbia, S.C., on March 13, 2014. Bruce Smith/AP Photo

Exercise has long been touted as one of the first defenses against poor health. We know it's good for us. But what impact does that actually have on how we age? Author and journalist Judy Foreman explores that question in her new book, "Exercise is Medicine: How Physical Activity Boosts Health and Slows Aging."

"Exercise is the closest thing there is to a magic bullet for preventing disease and disability, maximizing health and prolonging life," she writes in her book's introduction. "The data are overwhelming."

Studies show moderate exercising — meaning you can still talk while performing them — for 30 minutes a day, five days a week increases your lifespan by 3.5 years. Running slowly, even for 10 minutes each day, shows health benefits too.

Foreman writes that exercise is such a powerful remedy because our bodies, even at a cellular level, are built to want and need it. And when we commit to working out, our aging cells have to play along.

The act of physically aging has nine identifying "hallmarks," Foreman writes, referencing studies dating to 2013 and 2016 from European researchers. Exercise has an effect on all of them.

"That's what makes it so powerful as a tool for slowing down the aging process," she said.

One of those hallmarks is epigenetic changes, which basically refers to chemicals attaching themselves to our DNA and turning certain genes on and off. Small clusters of chemicals land on different spots on the DNA strand and affect the genes there.

"This pattern of DNA methylation is a very clear measure of how the body is aging," Foreman said.

Exercise's impact on that process was studied in Sweden with subjects who were told to use only one leg while on a stationary exercise bike. They rode several times a week for about three months. Muscle biopsies before and after the study showed the DNA methylation pattern was significantly different in each of the legs.

"The net result of this is that physiologically the leg that got exercise was younger, according to this epigenetic clock," Foreman said.

Another major hallmark of aging is what happens to the mitochondria, or living parts of your cells that take in glucose from food, combine it with oxygen and turn it into energy molecules. As time goes on, these mitochondria get tired and less efficient. However, our bodies actually mass produce more mitochondria during exercise.

"It's fascinating that the whole biology of our body is set up to take advantage of exercise and make us stronger at the cellular level and various different organs," Foreman said.

Foreman's book delves specifically into what's happening at a cellular level that makes exercise so worthwhile. But she also covers practical advice, statistics on what's most likely to kill you at a certain age and ways to find out how fit you actually are.

Foreman said the anomaly for humans is our current lifestyle, which has us in sedentary positions for much of our day, whether that's in front of a computer, in a semi-truck or on the couch. For our ancestors, surviving meant moving around, and we still carry those genes with us.

Our sedentary lifestyles are particularly harmful, Foreman said, for one because it makes us fat. It increases the amount of visceral fat, or the fat in our bellies. And, as it turns out, that fat secretes hormones and increases inflammation, which is the underlying cause of heart disease and diabetes, among others.

How Exercise Can Help You Live a Longer and Healthier Life 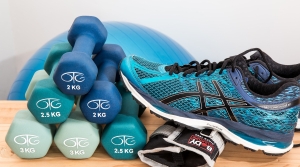 A health journalist tells us that the way to a healthy brain, immune system, heart and mind could be all about one thing — exercise. She joins us to explain how exercise — and how much of it — contributes to a long, healthy life.