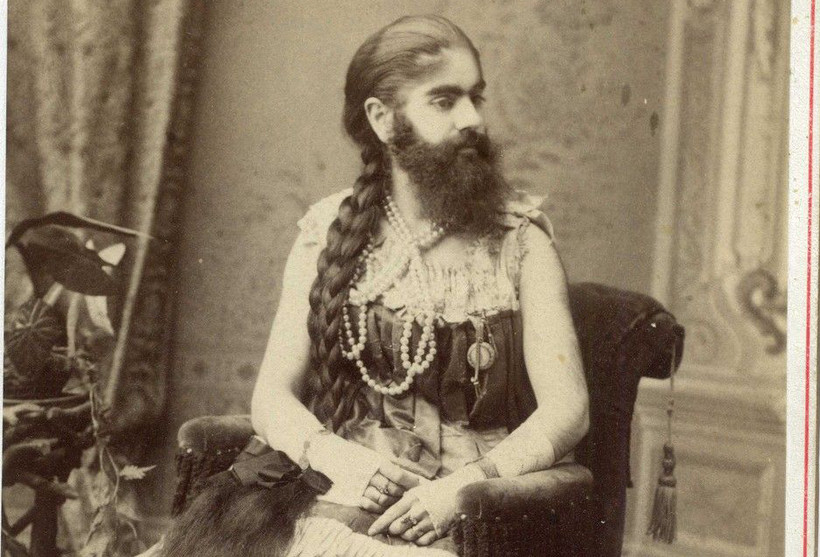 From PT Barnum To Fake News, The 'Bunk' Author Explores History Of The Hoax
By Adam Friedrich
Share:

When The New Yorker's poetry editor and author Kevin Young was an editor for Harvard’s "Let's Go" book series, his publisher was Ravi Desai. Desai was so well regarded in the offices that it wasn’t surprising that many of his peers cried when Desai announced he had cancer.

Years later, it would be unveiled that the diagnosis was a hoax. Desai went so far as to shave his head to mimic receiving chemo treatments. He would go on to perpetrate several large-scale hoaxes including defrauding universities and duping online publications.

Thus began Young’s rabid interest in America’s deep-rooted history in hoaxes. What began as a "slim mediation" on the subject ballooned into a comprehensive treatment of great American hoaxes that became Young’s book, "Bunk: The Rise of Hoaxes, Humbug, Plagiarists, Phonies, Post-Facts, and Fake News."

"For me, it wasn’t even so much personal as I became fascinated by the history of this. I started to really realize that the hoax had a long history, especially in the U.S.," Young told WPR’s "BETA."

Young asked himself if the idea of the hoax was a "particularly American" phenomenon. While he acknowledges that it didn’t originate in the United States, we’ve long embraced it.

"The idea of the con artist and con man is an American phrase and idea and we sometimes go back and forth whether we admire con men like in 'Catch Me If You Can' or other movies that glorify that or if we’re really upset with that," he said.

Young traces this human instinct to be attracted, awed and angered by a hoax back to the 19th century. Young argues that famed showman, P.T. Barnum, was able to channel this appetite for curiosity into a successful spectacle.

"That’s when the hoax really takes off and goes from something some one individual might conjure up to something P.T. Barnum perfected and turned not only into a show, but a national treasure and technique," Young explains.

Young identifies how this time-period also overlaps with the evolution of our societal definitions on race. He argues that race and hoaxes go hand in hand because they are both fake entities pretending to be real.

"I came to really understand that in the 19th century – where I traced the hoax from and P.T. Barnum – is really when our modern ideas of race and different races and what the particular races are and these kind of hierarchies of race evolved," he said.

"Those figures are fascinating and they hoaxed at The Washington Post and The New York Times and The New Republic, so across very prestigious journalism," Young said.

"Why do people believe these stories, that when you look back on them are so obviously fake," said Young. "But, one of the things I realized about the hoax is believability is actually not what it’s going for. It’s going for the outrageous so it’s so unbelievable, you hardly have time to stop and think."

"I started the book really trying to understand why we deceive each other. By the end, I really started thinking about why we believe. Why do we believe the worst of each other? Why are things as bad as we fear they are in the hoax,” Young said.

The popular journalistic hoaxes serve as a natural progression into our current climate of "fake news" and misinformation with the crowd having ready access to a platform.

"I think what’s interesting about the moment now that we’re in is that it isn’t just that fake news is something that people are concerned about, but it’s an accusation that then invalidates all news," said Young. "Instead of saying, 'I’m going to hoax you,' I’m going to call you a hoax. That’s the ultimate insult right now."

Young hopes his book outlines why we are susceptible to hoaxes as a culture and how we arrived at this point so we can better operate in a world that perpetuates fakery.

"Working on this book has made me hopeful about it. It sort of gives us a sense of at least where we’ve been and that sometimes we’ve been in bad places of fakery," Young said, "but also that means there’s a chance that we can get past that."