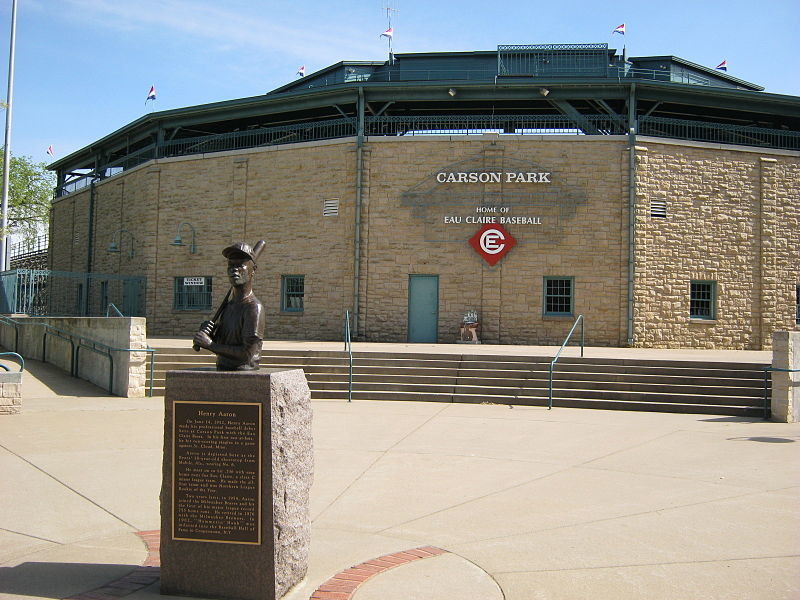 For Eau Claire-area baseball fans, there could still be a chance to see the next Hank Aaron come to the plate.

Most baseball fans in Wisconsin, of course, think of Milwaukee as the place to be to experience baseball in all its glory. For many years, though, it was actually the city of Eau Claire where baseball ruled supreme in the state, led by a minor league team who produced some of the biggest names in baseball history.

The Eau Claire Bears were a Class C minor league baseball team that called the city home from 1933 until 1962. The team began as an affiliate of the Chicago Cubs and later, the Boston Braves. When that team made the move to Milwaukee in the 1950s, the Bears officially changed their name to the Braves as well.

But even before then, Eau Claire was emerging as a baseball hotbed.

“There’s a real long history of solid town and semi-pro baseball in Eau Claire before the minor league professional teams came to town,” said Jerry Poling, author of the book, "A Summer Up North: Henry Aaron and the Legend of Eau Claire Baseball."

During the three decades of the the team's existence, the Bears enjoyed on-the-field success, winning numerous pendants and developing players who would go on to be stars in the majors. The most notable player to don the Bears uniform was Aaron. After being signed by the Boston Braves, he was sent to Eau Claire for assignment. Poling said it was the furthest north that Aaron had ever been and up until that point, he had never really played ball in an unsegregated area.

Poling said the first month was a challenge for Aaron, but once the future legend settled in, he thrived as a Bear. In his season there, he hit .336, made the all-star team and was voted "Rookie of the Year."

Poling said scouts from the Boston Braves would call Eau Claire on a daily basis, inquiring about his progress. Poling said their message was clear: don’t mess with his swing. “He was an eye opener in terms of his hitting ability,” Poling said.

And after just one season, Aaron was off to the next level of the minors. But, more notable players would come to Eau Claire in the following years, including future New York Yankees manager Joe Torre, Milwaukee Brewers announcer Bob Uecker and outfielder Wes Covington.

The team eventually folded in the 1960s after attendance dropped off significantly. Poling cites the rise of baseball on TV, as well as the rise of Major League teams in Milwaukee and Minneapolis as culprits.