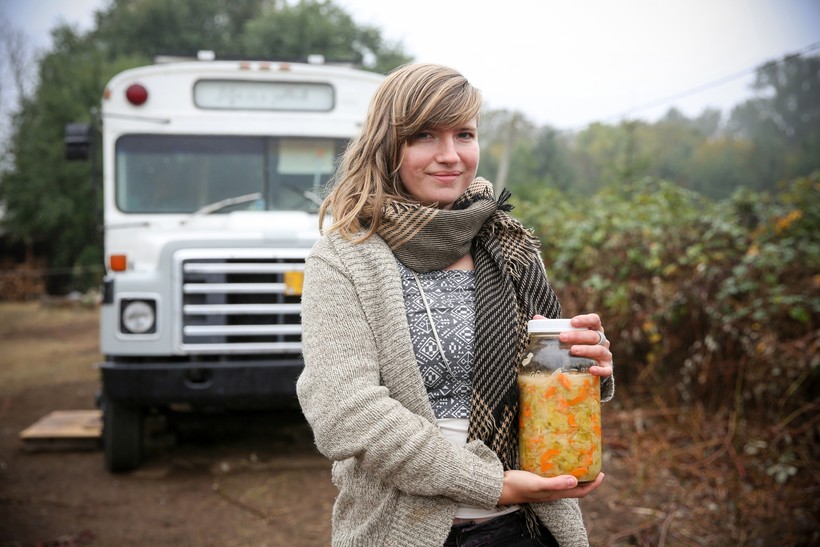 Author Dishes On The Magic Of Fermentation

Mead, Kombucha, Kimchi, And Growing A Microbiome In Your Kitchen
By Colleen Leahy
Share:

Five years ago on a kitchen shelf in Brooklyn, a jar of cabbage slowly turned to sauerkraut; and as Tara Whitsitt watched it over the weeks, she was amazed.

"It was revelatory to me. I watched it transform, and it was just such a testament to the life of food. After realizing that I was growing an ecosystem in a jar in my very own kitchen, it led me on this journey," Whitsitt told WPR's "The Morning Show."

Whitsitt is the author of "Fermentation on Wheels: Road Stories, Food Ramblings, and 50 Do-It-Yourself Recipes from Sauerkraut, Kombucha, and Yogurt to Miso, Tempeh, and Mead." The book chronicles Whitsitt’s journeys across the United States in her school bus-turned-fermentation lab and features recipes for all kinds of fermented delicacies. 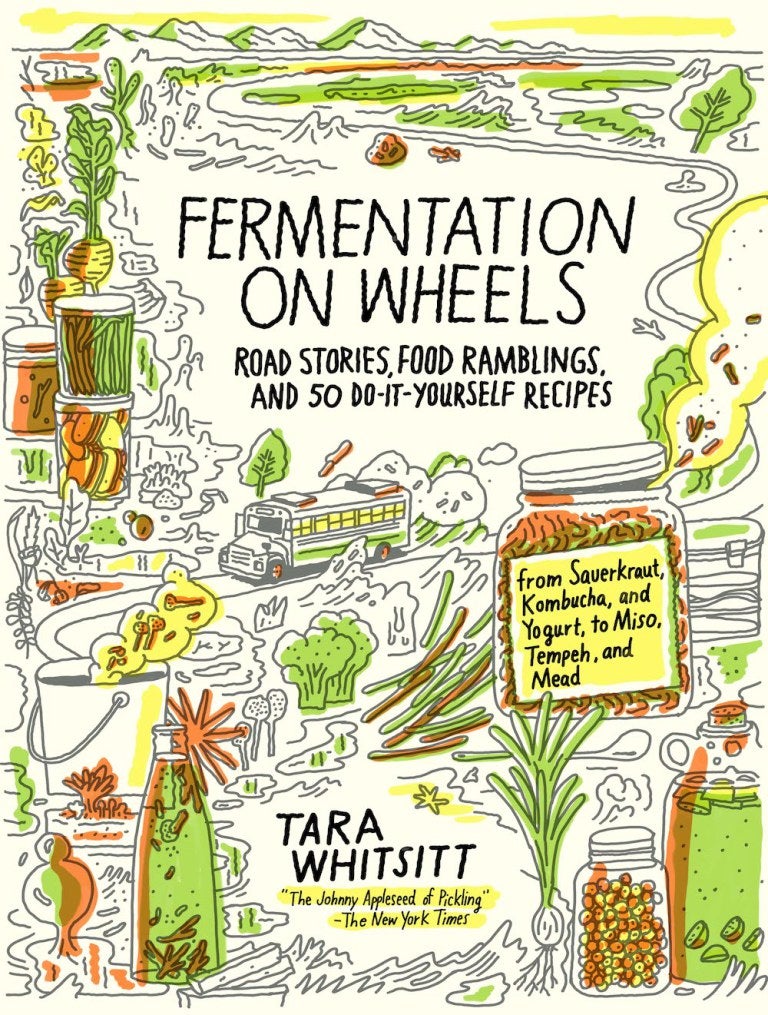 Fermentation is a chemical process by which foods, liquids and other substances are broken down by yeast and/or other microorganisms. It’s believed the growth of certain bacteria during the process has health benefits. Fermented foods often have a tangy or sour flavor, and some of them are effervescent.

While Whitsitt revels in enjoying fermented foods, her bus is really an educational project.

It has books on fermentation for visitors to peruse, gallons and gallons of fermented vegetables, legumes and grains, and cultures of yeast and bacteria to inoculate foods. She hopes to show visitors that fermenting your own food is easy and fun.

Her road trip began in Eugene, Oregon in Oct. 2013, and she's traveled more than 24,000 miles from one side of the U.S. to the other, according to her website.

For Whitsitt, fermentation is about the delicious, unique flavors, and about getting in touch with nature, because when you ferment a food, you’re growing life by cultivating a microbiome.

In the introduction to her book, Whitsitt writes, "Working directly with fermentation has taught me to appreciate the grandeur of the natural world at a more intimate scale — fermenting in your own kitchen is one of the easiest, most delicious, and fascinating ways to experience an ecosystem firsthand."

Despite her passion, Whitsitt cautions against eating large amounts of fermented foods at once —especially if you’re not used to them — as it can irritate the stomach.

"Eat smaller quantities, and as your body gets used to it, you can scale up. Try to stay away from being excessive," she said.

Below are some of Whitsitt’s recipes to try at home: