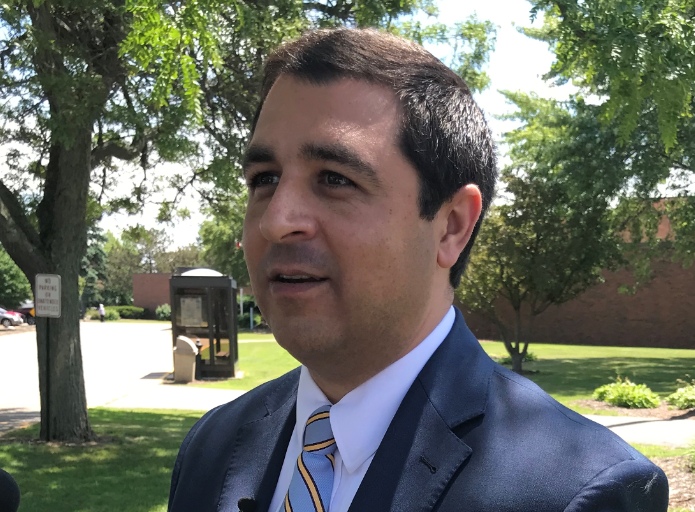 The Wisconsin Department Of Justice Announced Plans For A Task Force On Missing And Murdered Indigenous Women Earlier This Month
By Megan Hart
Share:

The 22-year-old, who was last seen at her apartment in Shawano, has been missing since June 17. Tribal police encouraged anyone with information on the case to come forward.

Menominee Tribal Chair Joan Delabreau said there are "significant numbers" of missing and murdered Indigenous women across the country.

All 11 Wisconsin tribes have active cases, she noted, calling for justice for the four members of her own community who are currently missing. In addition to Kelley, they include Robert Lyons, Rae Tourtillott and Lisa Ninham, who went missing in 2017, 1986 and 1980 respectively.

Detectives are continuing to investigate all four cases, but it’s not an easy process, said Menominee Tribal Interim Chief of Police Richard Nacotee. Police are following up on tips that continue to come in from across the country, he said.

"Someone knows something out there, and we’d like them to come forward so the families can have peace," he said.

Earlier this month, the Wisconsin Department of Justice announced the creation of the Missing and Murdered Indigenous Women Task Force. Violence against Indigenous women is a "complex and serious problem," Kaul said.

Anyone interested in being involved in the task force should contact the DOJ or their tribal government, Kaul said. The DOJ plans to identify its members by the end of the summer, before the task force begins hosting public listening sessions.

The task force will aim to raise awareness around the issue, understand its underlying causes and make it easier for tribal, local, state and federal law enforcement to work together, Kaul said at a Wednesday news conference. 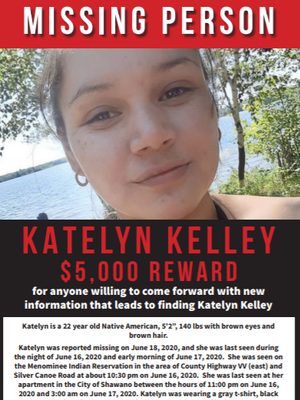 Katelyn Kelley has been missing since June 17. Police gave an update on her case Wednesday, July 22, 2020, at the Menominee Tribal Offices. Courtesy of the Menominee Indian Tribe of Wisconsin

Working across jurisdictions is one of the biggest challenges when it comes to solving missing persons cases, Delabreau said. Representatives from the tribal police, the Shawano Police Department, the FBI and the state DOJ attended the news conference.

A bipartisan group of lawmakers put forth a bill last year that would have created a task force like the one created by the DOJ, but it wasn’t put to a vote.

"At the Department of Justice, we felt that this was too important an issue to wait to see what happened in the next legislative session," Kaul said.

Earlier this year, the Trump administration announced the creation of the Presidential Task Force on Missing and Murdered American Indians and Alaska Natives.

In conjunction with the federal initiative, Kaul said it’s important to examine the issue at a state level, because every state is affected differently. It’s possible the task force could pursue legislative action on the issue, he said.