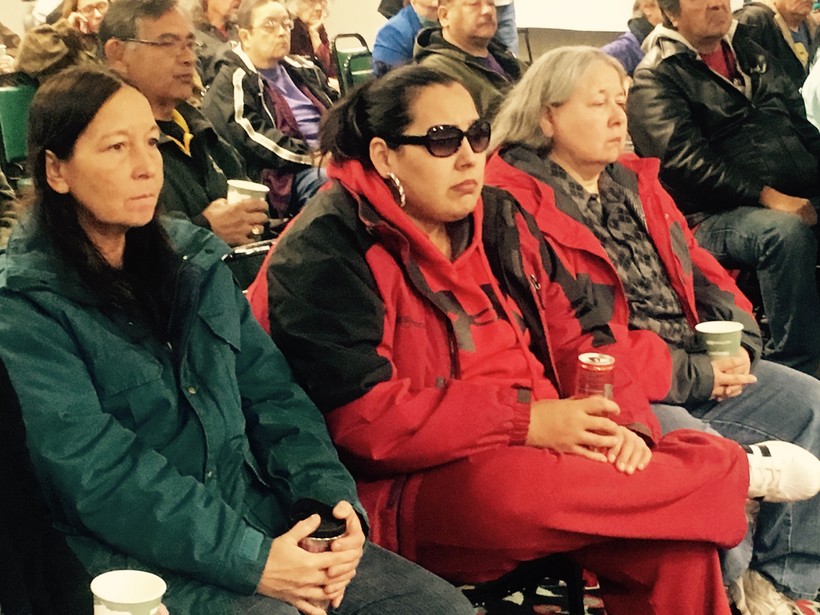 An Ashland County Sheriff’s Office deputy that shot and killed a Bad River teen on the tribe’s reservation last month has returned to work after being on paid administrative leave.

The Wisconsin Department of Justice has said in its preliminary findings that Ashland County Deputy Brock Mrdjenovich shot and killed 14-year-old Jason Pero after the teen lunged at the officer with a knife. Ashland County Sheriff Mick Brennan said the deputy returned to work Monday.

"He is working in the office. He is not on the street, and he is not in a uniform, so he’s doing administrative duties ... He has limited contact with citizens; and the only contact he would have is by phone," said Brennan.

Some Bad River tribal members expressed anger and fear during a recent community meeting after they learned the deputy returned to work before the investigation into the shooting was complete.

"My opinion is that with the level of trauma that our community’s experienced even official contacts via phone with the introduction of the officer and who he is and all of that is having a negative impact on our people that are hearing that," said Bad River Tribal Chair Mike Wiggins. "There’s a simple remedy for that, which is to prevent the officer being investigated for the killing of Jason Pero from having contact with our community at this time."

Brennan said they’re not putting the deputy in any position where he would have to make decisions on use of force, adding the officer is presumed innocent of any wrongdoing until the investigation is complete.

Johnny Koremenos with the Wisconsin DOJ said in an email Friday that the agency expects to turn over a final report on their investigation to the St. Croix district attorney in about two weeks.