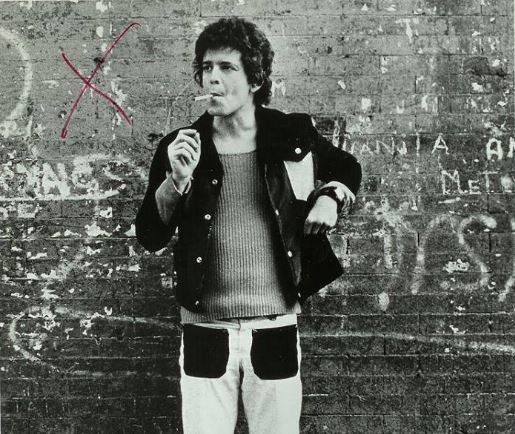 Only days before rock legend Lou Reed is formally inducted into the Rock and Roll Hall of Fame as a solo artist, two people from the artist's private life have broken their long-held silence to share aspects of Reed offstage. (Reed was initially inducted into the Hall of Fame in 1995 for his work with the Velvet Underground.) Reed's sister, Merrill Reed Weiner, and his first wife, Bettye Kronstad, both offered interviews that revealed new, little-known information about the singer, who died last year from liver disease. Reed Weiner wrote a piece in Medium that detailed their childhood and attempted to dispel some of the legends about Reed's Long Island upbringing. Meanwhile, Kronstad spoke to The Independent newspaper in the U.K., talking about their five-year relationship and how she assisted him in the early days of his solo career. "We were in this together: we were going to make him a star," she said. (Read the story here and here)

The idea of Ringo Starr being inducted into the Hall of Fame for his solo work is, by most accounts, laughable. Instead, he got his spot in Cleveland most likely because he is the only former Beatle not in on his own and he still has a lot of famous, powerful friends. However, a Salon article aims to argue that Starr deserves this recognition. "There is no doubt that the man who helped the Beatles change the course of music history by keeping such tasteful time has contributed a body of rhythmic work that transcends time," writer Patrick Berkery asserts. (Read the report)

Rolling Stone magazine has plotted out a ranking of the five most important people in the new world of online music streaming. Spotify founder Daniel Ek tops the list along with Beats mastermind (and record label head) Jimmy Iovine. Oddly, Jay-Z, who founded the floundering Tidal, made the list, but Iovine's partner, Dr. Dre, did not. (Read the report)

The music industry's financial picture is continuing to worsen, according to the latest revenue figures. Quartz reported that the International Federation of the Phonographic Industry has released numbers that show global revenue hit a new low last year, "falling below the $15 billon threshold in 2014 for the first in recent memory." The story said that after adjusting for inflation, the "global recorded music industry" has been cut in half in less than two decades. It blames the downturn on piracy, file-sharing services and the switch from album sales to single-track downloads. (Read the report)

Aerosmith have announced a new tour, targeting chiefly smaller markets in the western U.S. and Canada for early summer. (Read the report)