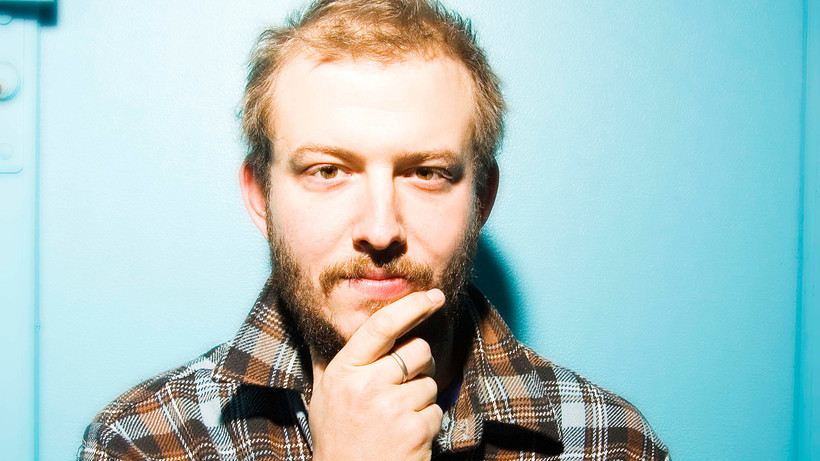 Bon Iver leader Justin Vernon is apparently participating in a new hip-hop-oriented band called Jason Feathers, according to a report in the Milwaukee Journal Sentinel. Performing under the nome de guerre of "Ephasis," the Eau Claire-based Vernon is apparently collaborating with Minneapolis rapper Astronautilis and his Bon Iver cohort S. Carey on the project. Side gigs are nothing new to Vernon. After putting Bon Iver on hiatus, Vernon has busied himself as members of others bands like Volcano Choir and the Shouting Matches. (Read the report)

Collectors' Weekly briefly details the history of Wisconsin's Paramount Records in a new article last week. The label, which originally grew out of a furniture company and operated from 1922 to 1932, yielded recordings by many important blues and folk performers of the early 20th Century, including Robert Johnson, Charley Patton, Son House, Ma Rainey and Blind Lemmon Jefferson. (The label's discography was the subject of last year's box set spearheaded by White Stripes mastermind Jack White.) (Read the report)

Grateful Dead guitarist Bob Weir has abruptly canceled all of his concert appearances for the rest of the year, including his sideband RatDog and his Dead off-shoot, Furthur. Rumors are swirling about Weir's health, but no official reason was cited for the cancellation. (Read the report)

The reunited members of '80s pop group Duran Duran have re-teamed with producer Nile Rodgers on a new studio album, according to Billboard magazine. The reunion comes as Rodgers is in the midst of a full-on comeback thanks to his collaboration with Pharrell and Daft Punk on last year's mega-hit "Get Lucky." Besides his seminal work with disco pioneers Chic and producing Madonna and David Bowie, Rodgers has a long history with Duran Duran, producing several of their top 10 hits during their MTV heyday, as well as their late '80s album, "Notorious." Mark Ronson, renowned for his production work on Amy Winehouse's records, is apparently co-producing with Rodgers. He helped man the boards for the group's last record, 2010's "All You Need Is Now." The article reports the new album will come in the spring of 2015. (Read the report)

BitTorrent, the often-infamous file-sharing protocol, will soon become available on all Apple iOS devices after years of rejection, according to Billboard magazine. (Read the report)