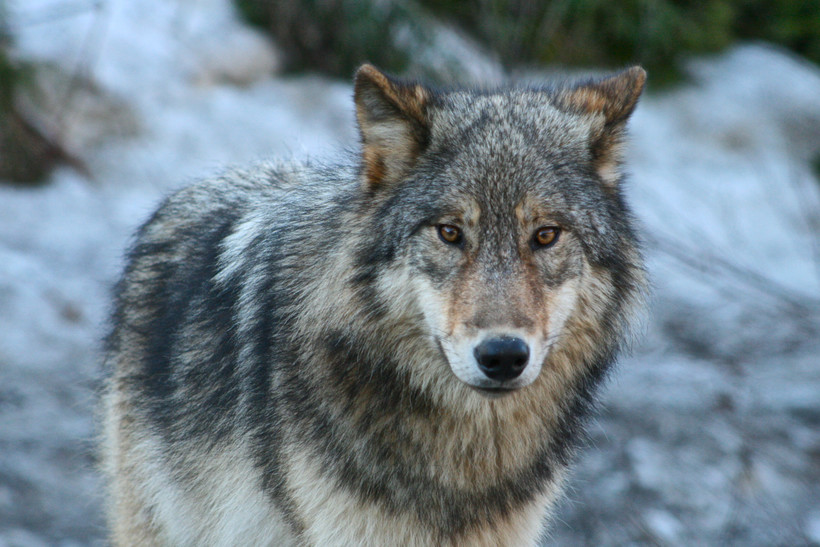 Wildlife Officials Say A Number Of Factors Play A Role In Attacks
By Danielle Kaeding
Share:

A former state wildlife biologist contends Wisconsin's high wolf numbers may not be the driving factor behind a record 40 hunting dogs killed by wolves this bear season.

"The previous high count of 815 in 2012 had only seven dogs killed that year and that was the lowest wolf depredation on dogs in about 10 years," Wydeven said.

The number of wolves in Wisconsin grew about 16 percent this year with a minimum count of 867. Dave MacFarland, the state's large carnivore specialist, said a number of things could have played a role in the number of hunting dogs killed this bear season.

"Wolf population levels are one of them, but we don't have hard information that we can point to and don't want to speculate on what may have caused this change," he said. "We'll have to wait and see if this repeats itself."

Wydeven said a possible increase in hunting activities due to permitting changes last year may also be driving a rise in conflicts. Last year, lawmakers eliminated Class B bear licenses for those who wanted to assist hunters with setting baits or training.

"If we're allowing much more open policy, allowing a lot more people to participate in that activity, that could account for the increases of hound depredations in Wisconsin," Wydeven said.

But, MacFarland said it's unknown what impact the permitting change may have had on hunter activity this year.

Wildlife officials have said wolves may also be more guarded of their pups during bear training and hunting. Research also suggests the length of Wisconsin's bear baiting season may play a role in higher numbers of attacks on hunting dogs than neighboring states. Bear hunters can set baits as early as mid-April in Wisconsin, whereas states like Michigan don't allow baiting until two weeks before the beginning of the season.

"When hunters release their dogs at the bear baits to go chase bears, there's a chance if wolves have recently visited the site, they could be sending their dogs after wolves," Wydeven said.

Joseph Bump, an associate professor with Michigan Technological University, was lead author of a 2013 study that found hunting dogs were up to seven times more likely to be killed by wolves in Wisconsin than in Michigan's Upper Peninsula.

"If stakeholders are sincerely interested in decreasing wolves killing hunting dogs, then there's good wildlife science to suggest that both the timing and length of the bear baiting season is a factor that should be on the table for discussion and potential adjustment," Bump said.

Bump is continuing research in Michigan on how frequently species other than bears visit bait sites. He expects those findings will become available next year.

The vice president of the Wisconsin Bear Hunters Association, Lucas Withrow, said in an email that it was "ridiculous" to assume permitting changes may have played a role in more hunter activity and conflicts. He also disagreed with the notion that bear baiting may be a factor in more hound attacks, noting that the length of the state's baiting and training season has remained the same for decades.

"I will personally tell you I've been a witness to 7 hunting dog depredations that have occurred while bear dogs had no relation to bait sites," Withrow writes. "Many of these dogs had been moving through the landscape for hours trailing bear and just found themselves to be victim to a predatory instinct animal - THE WOLF. Wolves kill animals: companion animals, farm animals, hunting animals, and wild animals."

Withrow contended that more wolves simply means more problems. He said the state should be allowed to manage problem packs and wolves to maintain a healthy balance between humans and wildlife. A 2014 federal court ruling relisted the gray wolf as an endangered species in the western Great Lakes region, banning Wisconsin's wolf hunt and lethal measures to control the wolf population. Since then, legislation has been introduced in Congress to delist the wolf.

Editor's note: This story has been updated to include comment from the Wisconsin Bear Hunters Association.