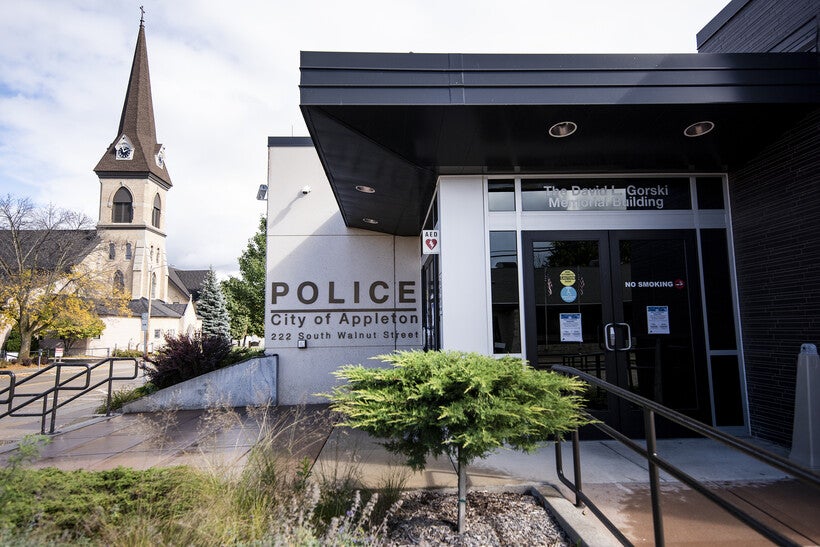 The Appleton Police Department is investigating a possible arson at someone's home that occurred over the weekend. Police said they think it could be a hate crime, though they've released few details.

The department took to Facebook this week asking residents to be kind and respectful to each other as the election approaches. But a local nonprofit fears an uptick in hate-related violence could continue beyond Nov. 3.

Kathy Flores is the anti-violence program director for an organization called Diverse & Resilient, which works to end health disparities between Wisconsin’s LGBTQ population and the general public. The nonprofit’s Room to Be Safe initiative serves survivors of violence.

On Friday, the arson survivors released a statement through Diverse & Resilient. The unidentified victims said someone tried to break into their house late Saturday. The person didn't get in, but spray painted racist and anti-Semitic graffiti on the outside of the home, according to the statement. The survivors said there was a "significant" explosion.

The victims asked the residents of Appleton to keep their "eyes open to protecting marginalized groups."

"Any relevant information on this case and other leads should be shared with APD as quickly as possible to remove this cowardly and unacceptable behavior from our community. This event only strengthens our resolve to build a better community in Appleton and remove hate, discrimination, racism, and replace them with the pillars of kindness, compassion and inclusivity that builds a great community," the statement reads.

Diverse & Resilient recorded three separate incidents of hate violence in Appleton last weekend. That's a spike compared to the rate of incidents recorded over the last year, with a total of 41 incidents. If three occurred every week for a year, that would add up to over 150.

And very serious incidents, like the possible arson, typically occur even more infrequently.

Victims have told Diverse & Resilient that it’s not uncommon to hear racial slurs in northeast Wisconsin, but the recent incidents have been egregious, Flores said. One occurred just outside the person's home, which is especially pointed amid the coronavirus pandemic, because it should be the place people can feel safe, she said. The person's children were present.

Diverse & Resilient is working with people of color in northeast Wisconsin to create safety plans in case they encounter hate-related violence.

On Wednesday, the organization published a list of tips on Facebook. It includes implementing a buddy system, and identifying a trustworthy neighbor and creating a signal, like placing a red sheet of paper in the window, to notify them if something’s wrong. Diverse & Resilient can also help people create individualized plans.

"We know that individuals are really the best to be able to do their own safety planning, so we have advocates available that might just help them think about things they haven't thought about before, like backing the car into the garage so that if they have to leave quickly, they don't have to deal with backing out," Flores said.

Flores said safety planning is especially important as not everyone is comfortable calling the police.

"We also recognize that law enforcement has historically caused harm and continues to cause harm to Black and Indigenous and other people of color in our communities, so we understand that people might not even want to have police involved," she said.

Diverse & Resilient is putting together a rapid response team to address the recent incidents. Residents can contact the organization if they want to get involved, Flores said.

The Appleton Police Department did not respond to an interview request.