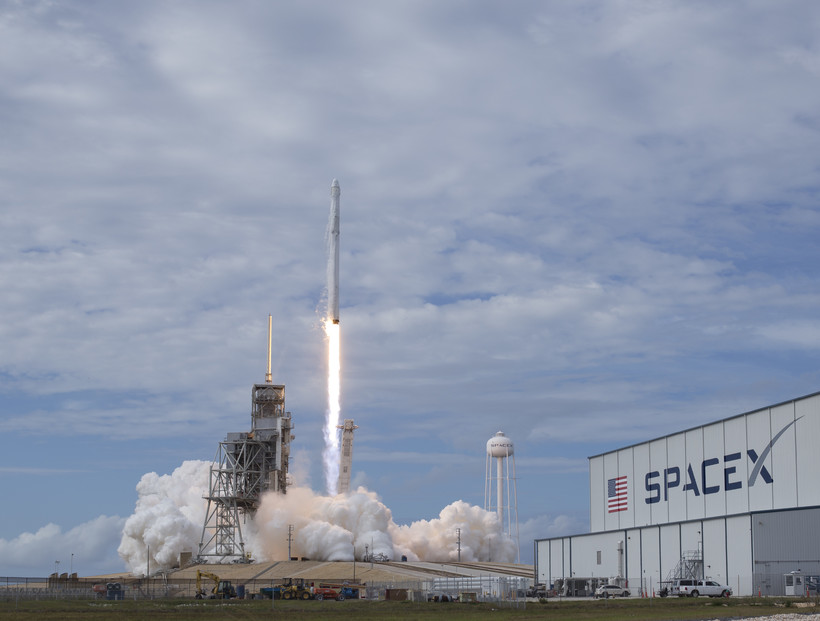 In this photo provided by NASA, the SpaceX Falcon 9 rocket, with the Dragon spacecraft onboard, launches from pad 39A at NASA's Kennedy Space Center in Cape Canaveral, Fla, Saturday, June 3, 2017. Bill Ingalls/NASA via AP

Apollo Engineer: Space Exploration Is Worth The Cost

There are people who think the tens of billions of dollars NASA spends annually on space exploration could be better spent eradicating problems on Earth such as poverty and disease. But others think spending that money is a far cry from a waste, and even go as far as to say it’s an investment that ultimately benefits all of humankind.

The latter is thought, in part, because space exploration results in "spinoff" inventions that benefit everyone, said Earle Kyle, an aerospace engineer and physicist whose designs have flown on Apollo's manned Moon missions, Skylab — America's first space station — and more.

Medical improvements including new dialysis techniques to treat kidney failure, new solar energy technologies and digital chips in smartphones are technologies that are corollaries of space exploration, said Kyle, one of the few African-American engineers that helped design Apollo spaceships that flew men to the Moon.

Outside of NASA, private companies and individuals who see the benefit of space exploration are working to expand the exploration and the technology used to do it in ways that will benefit those on Earth.

Co-founder of Microsoft Paul Allen's company, Stratolaunch Systems, has been building the largest plane in the world in the hopes of minimizing the cost and inefficiencies of conventional space travel. The company would use the plane's technology to help increase cell phone coverage in poor countries, Kyle said.

The belly of the plane will carry rockets to about 35,000 feet and then "air launch" rockets carrying satellites into orbit. This method of launching rockets is cheaper and more efficient than conventional vertical rocket launches and will create "more opportunities for commercial, philanthropic and governmental organizations to collect rich and actionable data and drive advancements in science, research, and technology from space," according to Stratolaunch’s website.

Elon Musk’s company, SpaceX, made history Saturday by launching a used spacecraft bringing supplies to the International Space Station. Reusing spacecraft is an innovation that could decrease the cost of space travel over time, Kyle said.

Kyle isn’t concerned the trend towards increased privatization in the space industry will make it a rich man’s pursuit. There are some private space travel companies considering doing raffles to allow individuals to go to space for little or no cost, he said said.

"I’m all for everybody that has the wherewithal or the guts or the spirit or the passion to make this happen. The more the merrier, as far as I’m concerned," he said.

Kyle also sees space exploration a force of hope and inspiration for humans, a way of broadening our perspective in a big way.

"It was once said that when the Apollo astronauts first looked back on that blue marble floating in the blackness of space, (they said), 'If we could bring these warring leaders of the world up into space and let them see our small, fragile planet, it would do a lot towards world peace,'" Kyle said.

"Yes, space costs a lot of money. But it does lead to great new technologies with wide-ranging potential," Kyle previously wrote. "It’s an inspiration to …(those) who will eventually help mankind grow up and walk among the stars. It’s also a lot cheaper than war."