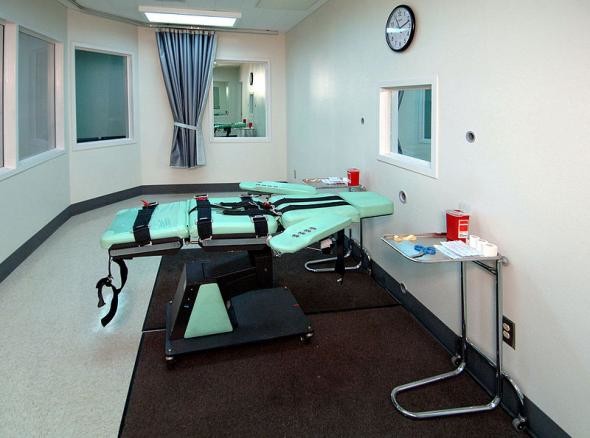 Another Drug Company Distances Itself From Death Penalty

Restrictions Have Led Some States To Make Their Execution Procedures Confidential
By Scottie Lee Meyers
Share:

Drug companies are forbidding states with the death penalty from using their drugs to perform lethal injections in an effort to preserve their big brands, but it's coming with some unintended consequences, according to one legal expert.

Pfizer announced last week it will block its drugs from being used in lethal injections. More than 20 drug companies have adopted similar restrictions, leaving states that use the death penalty scrambling to find supplies and looking into other methods to carry out executions.

"The pharmaceutical companies are big brand names and so they have stakeholders and they have brand images and bottom lines to protect, so they're taking these steps as business decisions in the best interest of their brand names," said Megan McCracken, legal counselor at the University of California at Berkeley's Death Penalty Clinic.

"But it's only more recently, since 2011, that pharmaceutical companies have taken more effective concrete steps to actually prevent. Department of Corrections from getting their drugs," said McCracken. "The policy has always been there, it's just that more recently they have put what they call restrictive distribution systems in place to actually stop the states from purchasing the drugs."

As pharmaceutical companies make their drugs unavailable, states are responding by passing laws to make their death-penalty procedures confidential.

"It makes it very difficult for the public, for the courts and for condemned prisoners to really know how an execution is going to proceed -- like exactly what drug will be used, who made it and how the state will use it," McCracken said.

Additionally, some states have attempted to illegally import unapproved drugs from overseas. On several occasions in recent years, federal agents have denied execution drugs into the United States.

Compared to death by electric chair or firing squad, lethal injections were widely seen as the more humane form of capital punishment. But McCracken said new research is calling that into question.

She added that the shortage of drug products to perform lethal injection hasn't led to a kind of de facto end to state-assisted executions. Moreover, the federal government, which also enforces the death penalty, is expect to release a new protocol based on recent research and the drug restrictions.