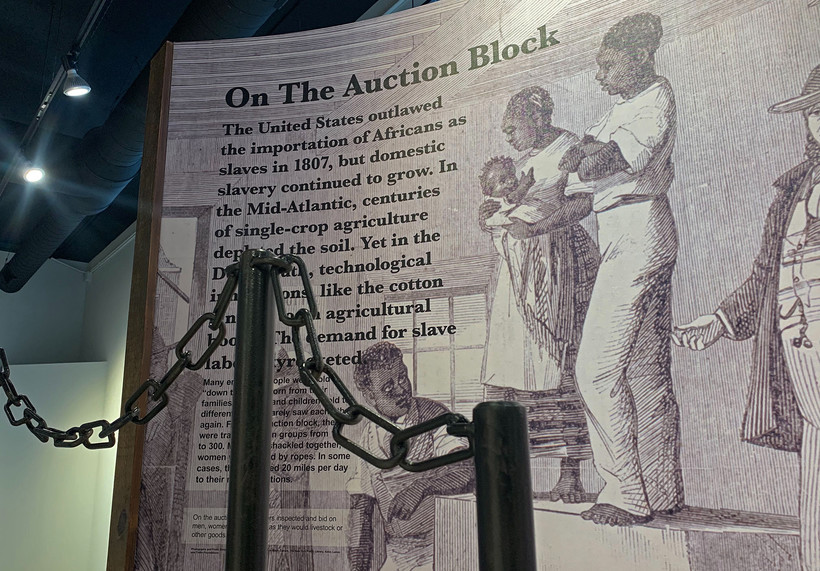 America’s Black Holocaust Museum in Milwaukee is a step closer to reopening its doors after being closed for over a decade. Alana Watson/WPR

Thanks To A Donation, The Museum Plans To Open In Summer 2020
By Alana Watson
Share:

America’s Black Holocaust Museum (ABHM) in Milwaukee is a step closer to reopening its doors after being closed for over a decade, thanks to funding from the Greater Milwaukee Foundation.

The museum was founded by lynching survivor, James Cameron in 1988. It is a memorial that promotes racial repair and reconciliation while shining a light on the African American experience. The museum closed in 2008, two years after Cameron died.

Ground was broken for the new physical site of America’s Black Holocaust Museum in 2017, but they struggled to open the doors because of a lack of artifacts, exhibits, staff and educational programming.

The Greater Milwaukee Foundation announced Friday during an event at the museum that through an anonymous donor, the foundation would be granting ABHM $1 million in addition to a three-year $120,000 grant. 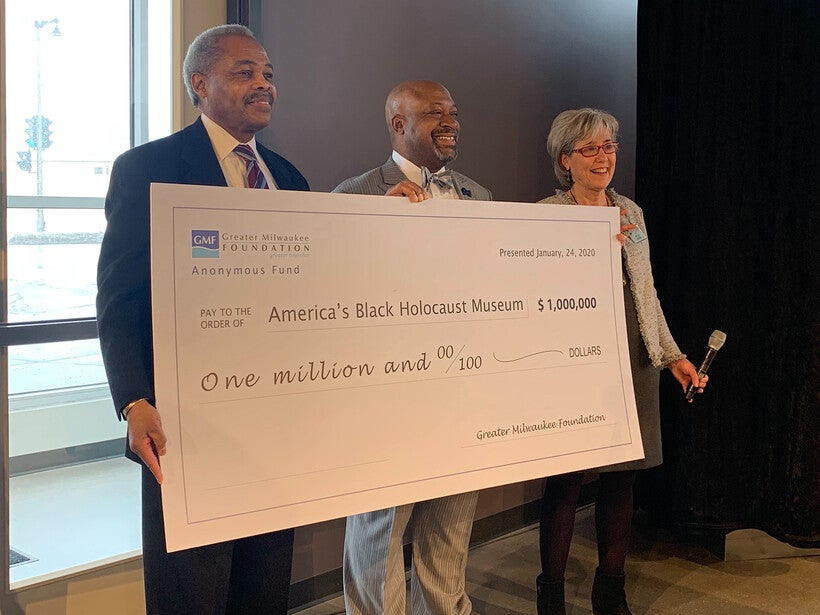 From left to right: Ralph Hollmon, board chair of America's Black Holocaust Museum, Dr. Robert Davis, president and CEO of America's Black Holocaust Museum, and Ellen Gilligan, president and CEO of the Greater Milwaukee Foundation, hold a check for a $1 million grant given to the museum by The Greater Milwaukee Foundation on Friday, Jan. 25, 2020. Alana Watson/WPR

Ellen Gilligan, president and CEO of the Greater Milwaukee Foundation, told WPR that Milwaukee needs a space where people can learn and acknowledge injustice and racism. She said America’s Black Holocaust Museum offers that space.

"The Greater Milwaukee Foundation is committed to advancing racial equity in the community," Gilligan said after the event. "We made a generation commitment in 2016, and we will continue to promote and invest in areas and projects that will promote racial equity."

Robert Davis, the president and CEO of ABHM, said he hopes to have the museum’s grand reopening this summer. He said with the Democratic National Convention coming to Milwaukee, it would be the perfect time to showcase the work that has been done over the past several years.

"We want the museum to be the cornerstone for Bronzeville and the reemergence of Bronzeville," Davis said. "So this is all as we say God’s work."

Bronzeville was once the epicenter of Milwaukee’s African American community, but is now the center of many major city redevelopment projects.

Davis told WPR that with the donation, the museum will be able to complete exhibits, creating programming, hire staff and buy materials. The museum will also be using the donation to create an endowment fund to keep the facility up and running for years to come.

During Friday's event, the museum also unveiled a new sculpture that will be housed there. The Greater Milwaukee Foundation gifted the sculpture titled "BAM (Seated Warrior)" to the museum. The sculpture was acquired from Sculpture Milwaukee. It was on public display in the city during the summer of 2018.

Artist Sanford Biggers, who lives and works in New York said during the unveiling, that America’s Black Holocaust Museum embodies the story of "BAM (Seated Warrior)" and that she had found her home in Milwaukee. 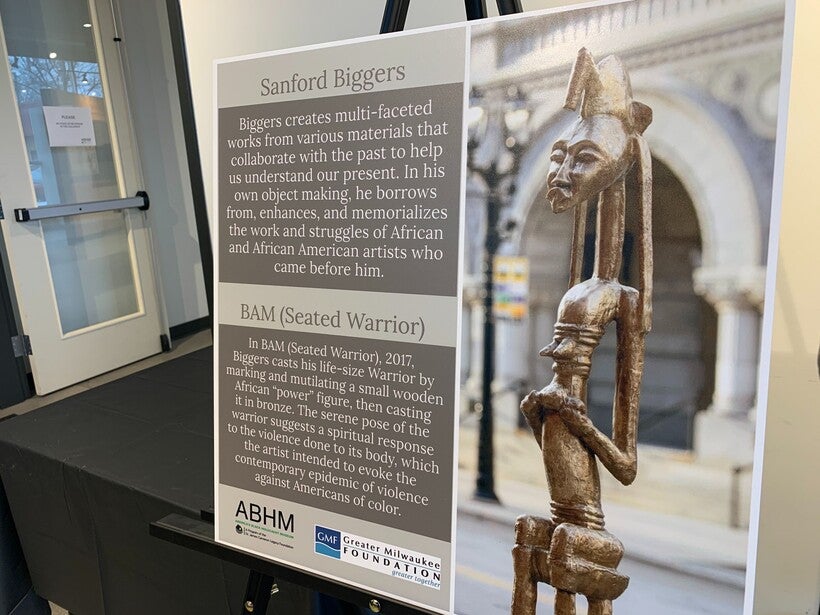