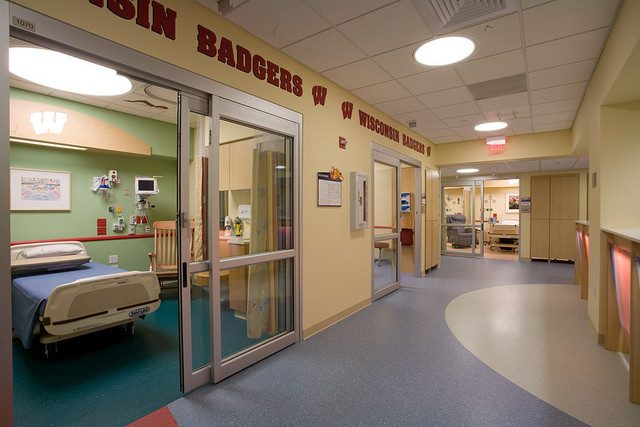 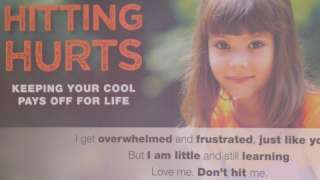 Windy Smith and her brother were spanked and hit with a belt as children. They grew up fearing household items. When Smith became a parent, she decided she would not use physical discipline.

"I never wanted my children to be afraid of everyday items such as a belt, wooden spoon or a switch from a willow tree," said Smith, a nurse at American Family Children's Hospital. "I want my children to be able to be children, make mistakes and learn how to navigate the world around them without being fearful of what the repercussions are if they are to make a mistake."

Smith was among representatives from the American Family Children's Hospital who joined the city of Stoughton and the Dane County District Attorney's Office on Tuesday in becoming a No Hit Zone.

The three are partners in the No Hit Zone community education campaign designed to reduce spanking and hitting in certain geographic regions. For the time being, the entire UW Health's children's hospital is a No Hit Zone until it expands to UW Health's clinics and hospitals.

In 2014, Dane County District Attorney Ismael Ozanne created a No Hit Zone for the prosecutor's office and its lobbies, which restricts adults from hitting each other, children from hitting one another and adults hitting children.

The majority of the states, including Wisconsin, have banned corporal punishment in schools. However, the ban hasn't stopped the practice at home.

Knox's research shows physical punishment can suppress children's brain development, and Ozanne said it can also lead to criminal activity later in life, such as drug use and domestic violence.

"We know that children who are hit may be more aggressive," Ozanne said. "They may also engage in bullying behaviors."

Corporal punishment is still used in schools 21 states. Many parents don't see the harm in spanking and have told Knox "'I was spanked, and I'm fine, I spank my children, they're fine,'" Knox said.

"I really want people to understand they may not be fine," Knox said.

Since creating the zone in 2014, Ozanne said there have been no incidents of physical contact.

"We've had no incidents where we’ve had to intervene," Ozanne said. "And I think what you can associate some of this with is 90 percent of people in the community follow rules. And when we post and have trained on our techniques, most people will abide by that. When's the last time you saw someone light up in a no smoking area?"

There is a global initiative to end corporal punishment of children, including in the family home.