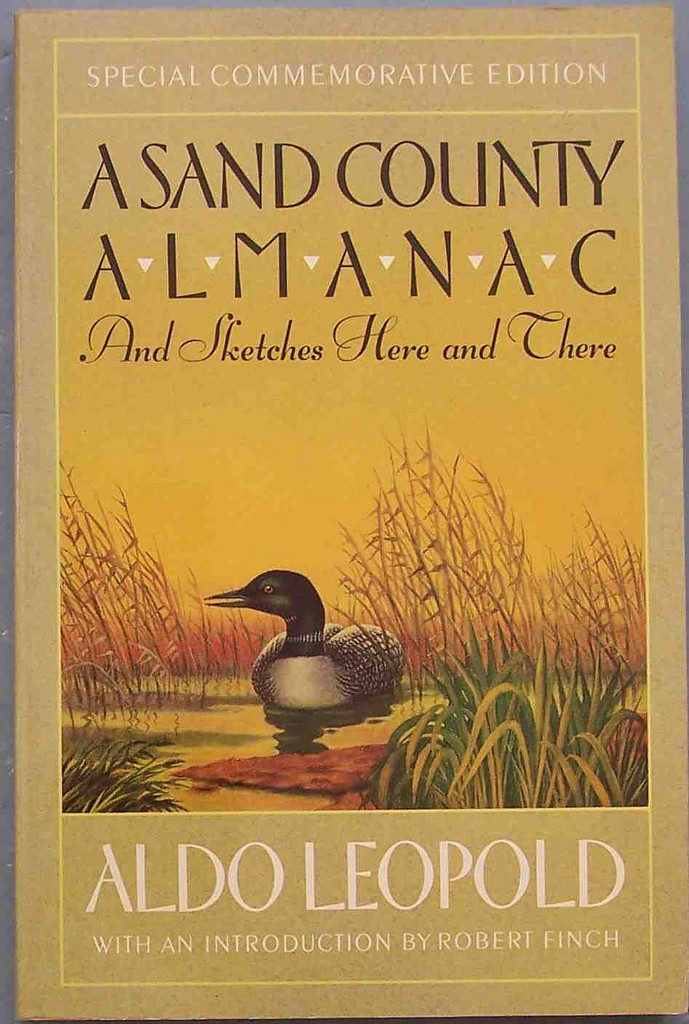 Aldo Leopold Weekend Has Its Roots In Wisconsin

This weekend, people around Wisconsin will be reading "A Sand County Almanac" and holding discussions and community events centered on conservationist Aldo Leopold's ideas.

These events are all a part of Aldo Leopold Weekend, a time of year meant to spark a dialogue about what we can do to keep our communities healthy.

So how did Aldo Leopold Weekend start?

This weekend marks the 14th anniversary of a community gathering in Lodi, Wis., that was the beginning of this special weekend. It all started in March 2000, when the people of Lodi got together to read "A Sand County Almanac" aloud cover to cover.

"Just as we look out the window right now, (the Aldo Leopold Weekend founders) wanted to venture outside, but the weather often didn't cooperate. And so the next best thing, they thought, was to read 'A Sand County Almanac' aloud together and have a discussion about it," said Buddy Huffaker, president and executive director of the Aldo Leopold Foundation.

Now, this holiday is a statewide event and is celebrated in other parts of the country as well. It's even become an international holiday. Turkey is celebrating Aldo Leopold this weekend, too.

"It's very much a kind of community spirit. It takes on the life and the identity of each community, whether they're building benches, showing a movie, doing a community discussion, cleaning a river, but it's all kind of rooted in Leopold's idea of a land ethic," Huffaker said.

Why does Aldo Leopold deserve to have a whole weekend dedicated to him?

"It's not because he has the answers for us, but that he provokes us to think about the fundamental questions about what our relationship with the natural world is ... We continue to deal with these real challenges ... what Leopold called the oldest task in human history: How to live on a piece of land without spoiling it," he said.