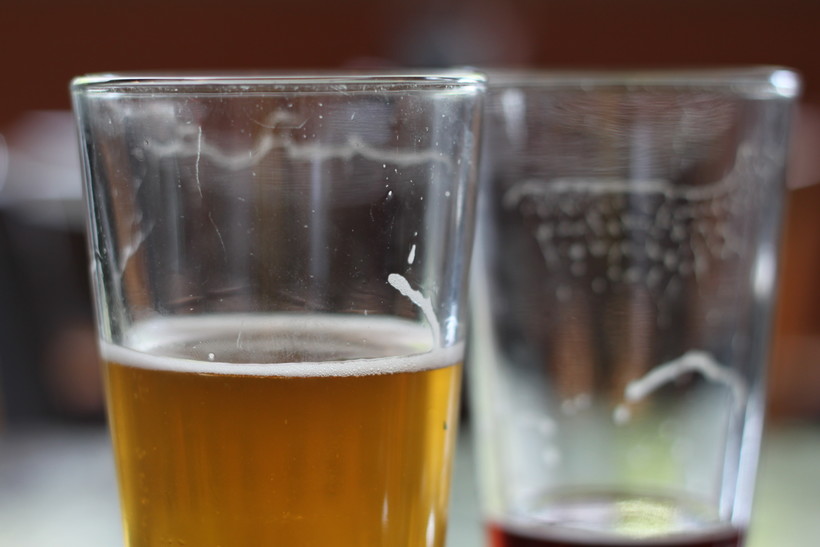 According to a new report, excessive drinking costs Wisconsin $6.8 billion every year.

The $6.8 billion figure takes into account lost productivity, health costs and crime. The report was prepared by the University of Wisconsin (UW) Population Health Institute.

The release of the report took place in five Wisconsin cities at the same time. At each event were people attesting to the devastating effects of alcohol abuse - people like cops, judges, and emergency room physicians.

Doctor Jeff Pothof, an assistant professor of medicine at UW-Madison's School of Medicine and Public Health, says excessive drinking is not just a problem for alcoholics. He points out that most of UW Hospital's trauma patients with alcohol-related accidents have never been ticketed for operating a vehicle while intoxicated.

"They're thinking, 'This can't happen to me. I'm not an alcoholic. This is a problem for the select few.' And the truth is, is that's just not true."

"The Two Rivers City Council used to give barrels of beer to the graduating senior class. So change can happen, and now they have seen over time in Manitowoc County a decrease in youth consumption of alcohol."

To help reduce drinking in the general population, a state council on alcohol and drug abuse has a number of recommendations. They include raising the tax on beer and alcohol, setting up sobriety checkpoints, and limiting the number of local alcohol permits.