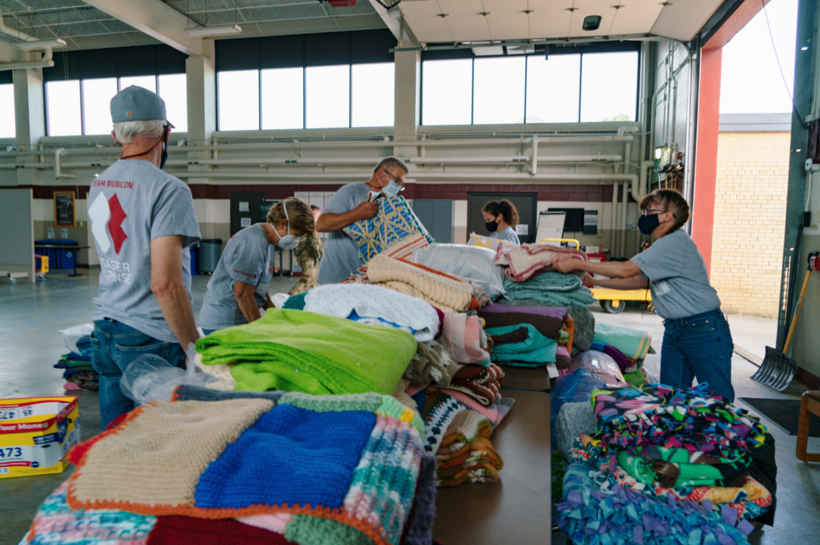 Volunteers with Team Rubicon sort through clothes, blankets and other items for transport to Fort McCoy on Thursday, Sept. 2, 2021. Jonathen Davis/Team Rubicon

Efforts are underway to collect donations for Afghan refugees who are currently staying at Fort McCoy, many of whom left Afghanistan with just the clothes on their backs.

Wisconsin Emergency Management and the Wisconsin Department of Children and Families are coordinating efforts to provide donations for families along with the Catholic Charities of the Diocese of La Crosse and veteran-led nonprofit group Team Rubicon.

"Wisconsinites have a proud tradition of rolling up our sleeves to help our neighbors when times are tough, and since learning folks leaving Afghanistan would be coming through Wisconsin, Wisconsinites have been asking what they can do to help," said Gov. Tony Evers in a statement.

"Many of these individuals were not allowed to bring anything with them, especially after there was the (ISIS-K) attack at the airport. At that point, they were only allowed to travel with the clothes they were wearing," said Stuhlmacher. "For many of them, it was a long trip to get to the airport in those clothes, and then it's been a long trip to come from Afghanistan to the United States. So, they've been in these clothes for days or weeks."

Stuhlmacher said they’ve prioritized clothing for higher risk individuals who have contracted skin infections or other ailments due to torn or soiled clothing.

He said more than 6,000 people are currently staying at Fort McCoy. CBS News reported Wednesday that Wisconsin has the largest population of Afghan refugees with 6,400 of the 20,000 currently being housed at military installations in five states. The number of refugees on site is expected to grow to 13,000. 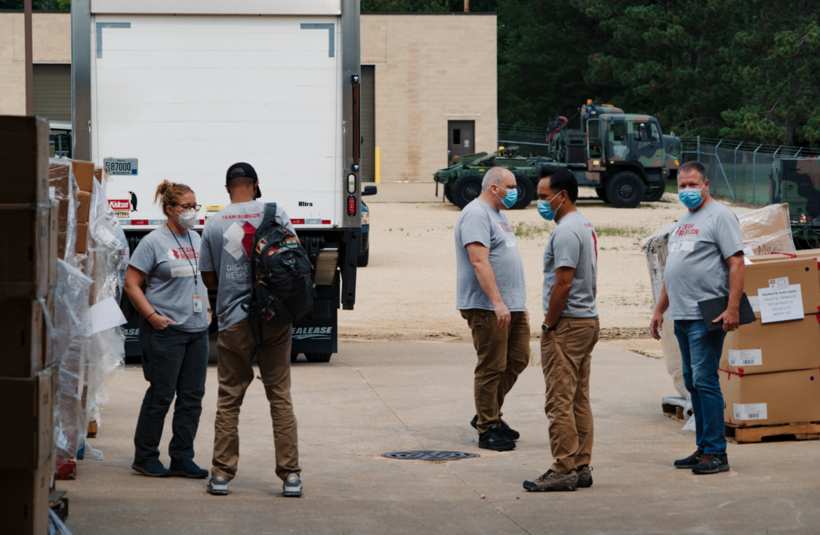 Volunteers with Team Rubicon are helping with the Afghan Refugee Resettlement and collecting donations for Fort McCoy on Thursday, Sept. 2, 2021. Jonathen Davis/Team Rubicon

Team Rubicon began setting up operations at the Wisconsin Army National Guard Armory in Sparta on Sunday and has been distributing clothes and other items since Tuesday morning. The items are then loaded into vehicles and transported to another sorting facility at Fort McCoy. Stuhlmacher, who hails from the Milwaukee area, served in Iraq with the Army National Guard in 2003 and 2004. He said it’s an emotional experience to help Afghan families in need.

"These people are the people who we were there to help them in the first place, and they really are people we want to make sure we treat with dignity, respect," said Stuhlmacher.

Catholic Charities has been collecting items at their offices in La Crosse and delivering donations to Fort McCoy for the last week and a half, according to Roberto Partarrieu, executive director of Catholic Charities for the Diocese of La Crosse. They’re accepting clothing, children’s items, water, hygiene products and other unbranded items listed on their website.

Catholic Charities has set up a children’s recreation center for women and children at Fort McCoy. He said they have about four volunteers who work each shift in the morning and afternoons, adding that they’re seeking 10 or more volunteers who can donate a week or two weeks at a time.

He said Afghan families have been very grateful for the help they've received. He noted that people can donate online to support services they provide to refugees or purchase items through gift registries that they have set up through Amazon, Target and Walmart. The American Red Cross is also accepting donations to help resettlement efforts across the country. 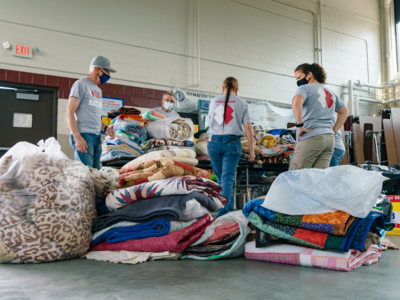 The state is hoping to work with local partners in communities across the state to expand locations where donations can be collected.

"We want to ensure that individuals are providing monetary and supply donations to legitimate organizations, and that these donations are being used appropriately," said Gina Paige, communications director for the Wisconsin Department of Children and Families. "Our website is kind of serving as that hub, and then we're kind of working in a coordination role to start getting some key players in place."

Partners like the Ho-Chunk Nation will collect items for donations in Madison and Milwaukee on Friday and transport them to Fort McCoy. Paige said they hope to have sites set up across the state to collection donations within the next two weeks.