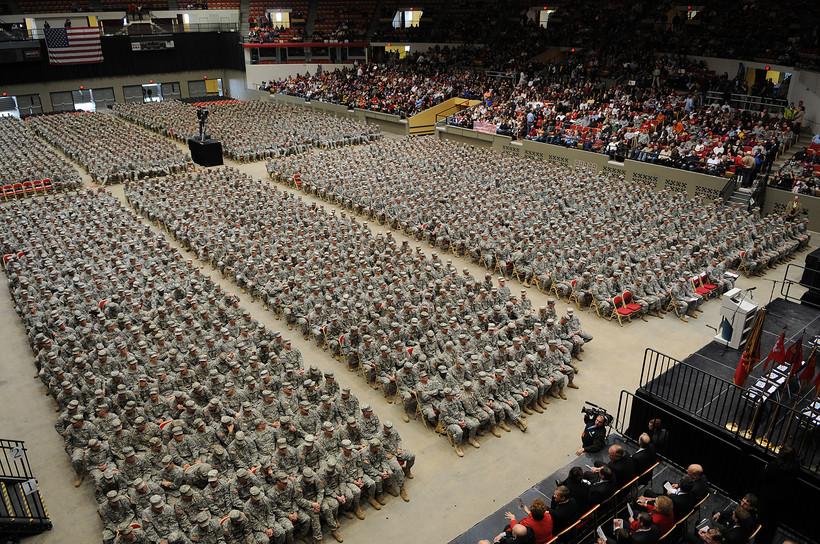 After years of controversy, the state Legislature may address sexual misconduct in the National Guard

A new committee that met Tuesday will suggest changes to the Guard's procedures for handling sexual misconduct cases
By Leah Treidler
Share:

After years of controversy around sexual assault and harassment in the Wisconsin National Guard, the state Legislature may address the mismanagement of allegations.

The Legislative Council Study Committee on Wisconsin National Guard Sexual Misconduct Procedures held its first meeting Tuesday, beginning its work to draw up recommendations for legislation to improve procedures for investigating sexual assault and harassment allegations in the Guard.

At the meeting, Guard officials pointed to recent reforms it made after a 2019 study found procedures for handling misconduct accusations were, in many ways, "deficient or failing."

U.S. Sen. Tammy Baldwin and Gov. Tony Evers requested the study in 2019 after a whistleblower contacted Baldwin's office about six alleged cases of assault and harassment against women in the state's 115th Fighter Wing.

The probe, conducted by the Office of Complex Investigations, revealed the Guard, in many cases, failed to keep survivors updated on their cases and didn't prioritize their needs and interests. It also found employees lacked necessary training, cases weren’t properly tracked and the office for handling allegations was understaffed, all of which slowed investigations.

"I can say that we have filled those positions, and we have people that are trained and being certified and re-certified in those roles. And we continue to grow," said Col. Douglas Moore at the meeting.

They’ve implemented broad reforms, Moore said, like continuously updating survivors on their cases and individually training senior leaders on how to handle sexual misconduct allegations. But the number of cases has risen since 2019, Moore said.

"A lot of times, people look at numbers and say the numbers are going up, and the assumption is that's a bad thing," he said. "I think in a situation involving sexual assaults and harassment and things of that nature, that it's maybe a positive thing that service members are feeling comfortable ... coming forward, knowing that things will be done."

Recent progress is promising, said former National Guard Member Andrea Pfeifer. She’s been an outspoken advocate for reform since she said she was repeatedly sexually assaulted by a higher ranking officer.

"I wouldn't shut up about it, then I found out that if you report something like this, you end up being blackballed," she said. "And they try to fire you, and they take your complaints and shove them under the rug."

After years of fighting for change, Pfeifer chose to medically retire this April. But she said the system has made progress since it came under scrutiny in 2019, including increasing support for victims.

"I hope we will achieve some sort of sense that there is oversight," she said. "That our elected officials know that they can ask questions about what's going on in the National Guard, that it's not an off-limits topic."

Pfeifer said the committee needs to push for major reforms throughout the Guard, rather than incremental changes. Most importantly, she hopes they'll pressure the legislature to set eight-year term limits for adjutant generals.

"I just don't want (the committee) to stop short," she said. "Go all the way. Fix the whole darn thing. Make Wisconsin the beacon for all other national guards to follow. It’s pretty easy to do that if you just constantly hammer home 'Hey, do the right thing.'"