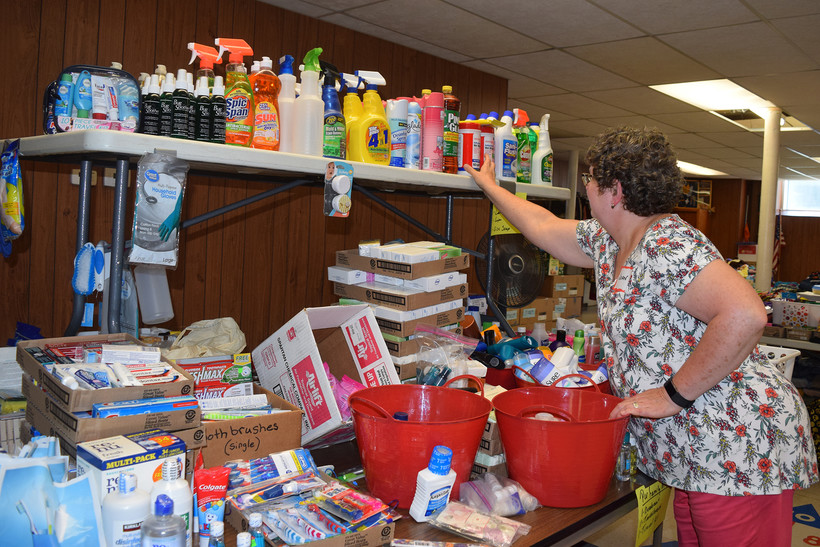 As the waters receded, Reedsburg experienced a different sort of flood: donations of clothes, food and cleaning supplies to the First Presbyterian Church.

Sauk County set up a collection and distribution center there in early September, and kept it open through this past weekend. Volunteers received so many donations that they had to begin turning some away.

"We were like literally overwhelmed," she said. "It was just unreal."

When the church distribution center first opened, school had not yet started, Hollendyke said, so there were "oodles" of teachers who volunteered to sort, fold, stack and label donated clothes into tables for men, women, children, babies and more.

The Rev. Joseph Corbin, the church’s pastor, said they also received 288 buckets filled with cleanup supplies, 2,000 backpacks for school children and an uncountable number of personal care kits. Hollendyke joked that they had enough toothbrushes and toothpaste to put the dentist out of business. 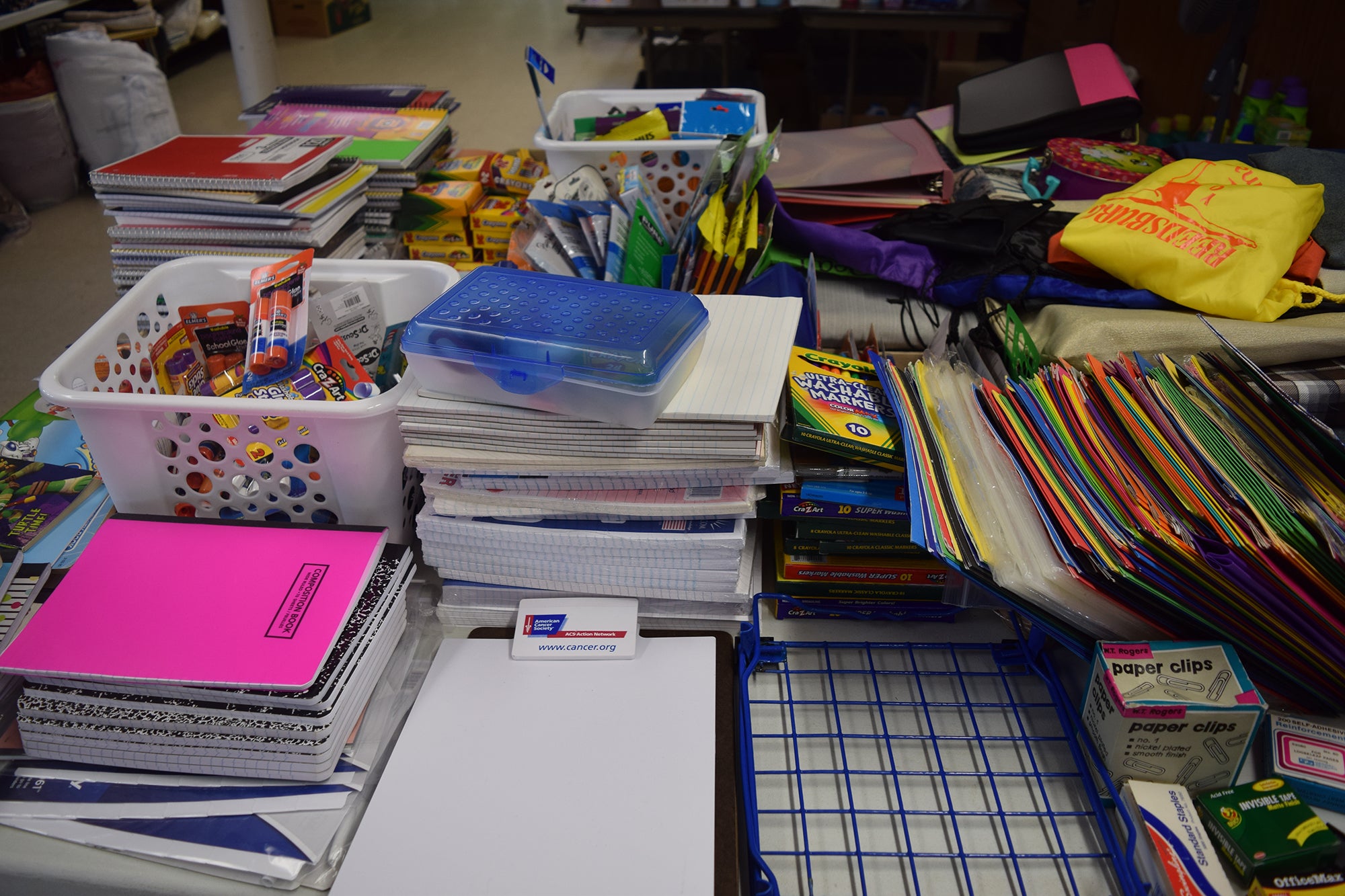 In the First Presbyterian Church basement, a table stood stacked with school supplies so children could prepare for the new school year and replace the folders, notebooks and crayons they lost in the flooding. Phoebe Petrovic/WPR

For close to two weeks, volunteers like Hollendyke, plus a representative from the county, helped any flood victim who came to the church looking. Hollendyke said her first question was always: "How can we serve you?"

Linda Behn spent about five days volunteering at the church.

"It has been very emotional, because you hear these poor families that are coming in that have lost basically everything that they’ve worked their lifetime for, and so many of them have young children," Behn said.

Behn said they often had to convince flood victims to actually take what they needed. Earlier that day, a couple with three young daughters came looking for clothes for the girls, but tried to refuse anything offered to themselves.

"You need this as much as anyone else," Behn recalled telling her, "We’re here to help you and that’s the way it is."

"A lot of these people have pride and they don’t want to come out and say, 'I need help,' but they do," Behn explained. "We're all God’s people, and we’re all supposed to take care of each other, and this is one of the ways I can help."

Sauk County closed its donation center at the church Sunday. Donated items are still available at area locations, such as St. Vincent de Paul's thrift stores in Reedsburg and Baraboo.