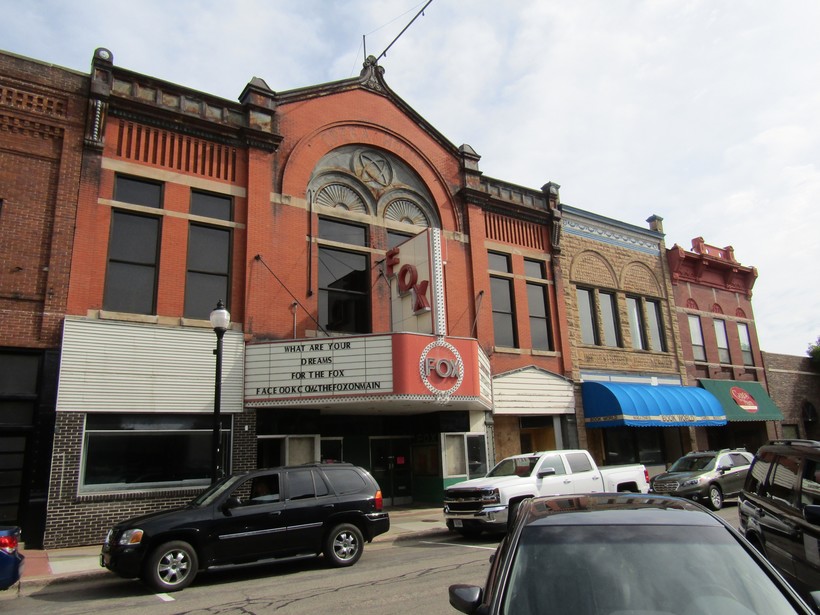 Efforts to save a historic theater in downtown Stevens Point from the wrecking ball appear to be at an end.

The nonprofit CREATE Portage County in a statement said it had "determined it could not responsibly meet the requirements and timeline the city set" for building renovations. As a result, the statement reads, "the razing of the building appears inevitable at this point."

The announcement comes after months of negotiations between CREATE and the city, which in July issued a raze order on the vacant century-old theater amid a multi-million-dollar fundraising campaign by CREATE that aimed to turn it into a makerspace and community arts center.

The city eventually granted CREATE an extension on its three-month raze order, and in September the Stevens Point City Council voted to contribute up to $250,000 to the renovation. CREATE executive director Greg Wright said at the time the funding would allow them to fix structural problems with the building.

That proved too optimistic, according to the statement from Wright and board president Bill Schierl. The contractors CREATE worked with could not meet city deadlines set for mid-December.

"I know there is a very nostalgic connection to a lot of people," Wiza said. "It has been part of our downtown for many generations, and it’s sad that we’re going to have to see it go."

But problems with the building have created public safety hazards, Wiza said, including falling shingles on nearby properties, and city engineers now consider it too risky to allow the building to remain up through this winter. Demolition is expected to begin in coming weeks.

The Fox Theater opened in 1894 as the Grand Opera House, and has been home to vaudeville shows and movies. But it’s been vacant since the mid-1980s, and has been the object of renovation efforts since 2013, when the building’s former owner donated it to the Arts Alliance of Portage County, which would later become CREATE Portage County.

Wright in an interview in September said after exploring various uses for the space, the organization concluded that in order to make the effort sustainable, its mission should be broader than simply restoring the theater.

Wright did not respond Monday to a request for comment. In an interview with WPR in September, he said one of the biggest challenges around the city’s initial raze order "is that it shifted everyone’s attention to building, and not the project."

The project is the creation of a permanent home for the IDEA Center, an effort that is part coworking space, part business incubator and part community center. The IDEA Center, operated by CREATE in a temporary space owned by Portage County, is about three years old and is used by about 200 people each month. The goal of the renovation project was to make the Fox Theater its permanent home.

The decision to tear down the long-vacant building does not end those efforts, according to CREATE’s statement. Wright and Schierl wrote that they expect to see the facility "up and running five years down the road."

Wiza said he’s a strong proponent of the IDEA Center and its work, and hopes to see it succeed in a new space.