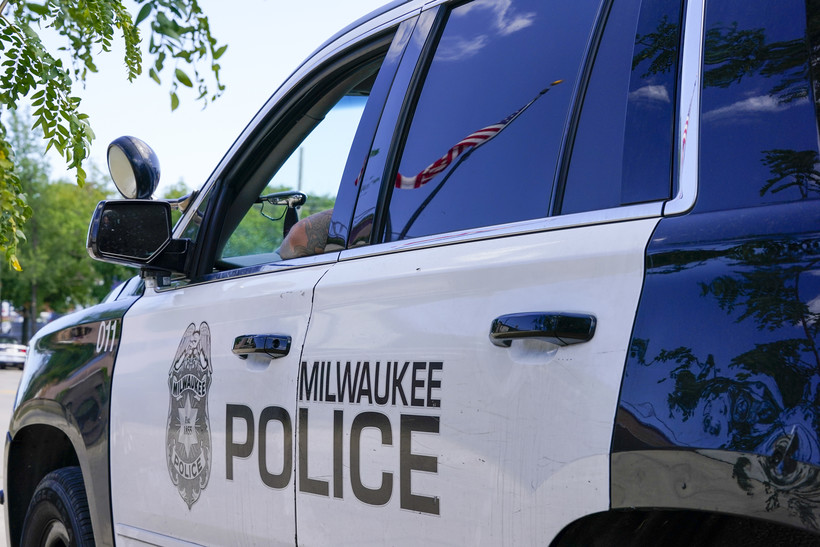 After Death Threats At Pro-Trump Rally, Milwaukee Health Inspectors Will Get Police Escorts

Milwaukee city health inspectors will start bringing police escorts with them when they visit businesses, after some inspectors received verbal abuse and death threats at a rally in support of President Donald Trump at Serb Hall on Saturday.

The "Defend Your Vote" rally ended shortly after inspectors arrived and said the event was in violation of Milwaukee’s health order.

"We were very clear that masks, social distancing, crowd size and seating were all required to be in compliance," Jackson said. "When we got there on Saturday, it was immediately clear those plans were not being followed."

In addition to people at the rally threatening and verbally abusing the inspectors, a Facebook video posted online shows an apparent assault of Serb Hall manager Nicholas Alioto. In the video, Alioto tells the crowd of more than 100 people the Health Department had arrived, and he doesn't want to lose his license. Someone throws Alioto to the ground, after which people chant "USA" while others try to help Alioto up.

Jackson said inspectors do not target specific groups when it visits locations — the department simply responds to complaints it receives. She also indicated that the department has been doing more inspections than usual during the COVID-19 pandemic.

"Our increased enforcement has been based on the increased disease burden and positive cases," Jackson said.

Jackson said Saturday was not the first time Milwaukee Health Department inspectors have been verbally abused. But it is the first time they’ve received death threats.

"They definitely have had to have very difficult conversations," Jackson said. "Our inspectors are very committed to the work they are doing, specific to this pandemic and the Health Department."

Jackson said Serb Hall will be fined, although the amount has not yet been determined.

"This is the first time we’ve received a death threat," Barrett said. "That totally crosses the line. And it’s one of the reasons we’re taking this (police) action."