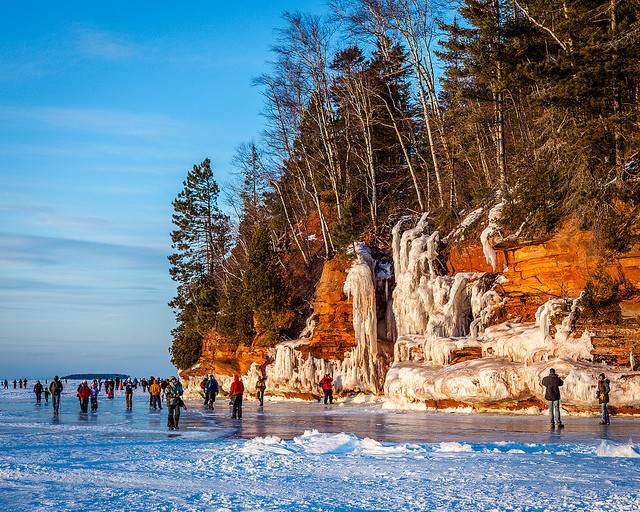 Visitors at the Apostle Islands ice caves in late February.

After just 10 days, Lake Superior’s ice caves have closed for the season.

Around 36,000 people visited the ice caves this winter. Apostle Islands National Lakeshore’s Julie Van Stappen said warmer weather drew more than half of them this past weekend.

"If you look at that 10-day forecast, it’s going to be in the 40s and 50s in the foreseeable future. What happens there is, the ice formations — there are some really large ones there — they start to melt and start breaking off and falling on the ice," she said.

Ehlers General Store owner Jayne Norton said it was good while it lasted, even though they saw less business this year.

"People had longer to plan last year," said Norton. "Since it’s been so short and uncertain because of the weather, people haven’t had time to plan."

Last year, the ice caves remained open for two months and drew in 138,000 people from around the world.

Van Stappen said they haven’t tallied how much money was made from the $5 visitor fee.