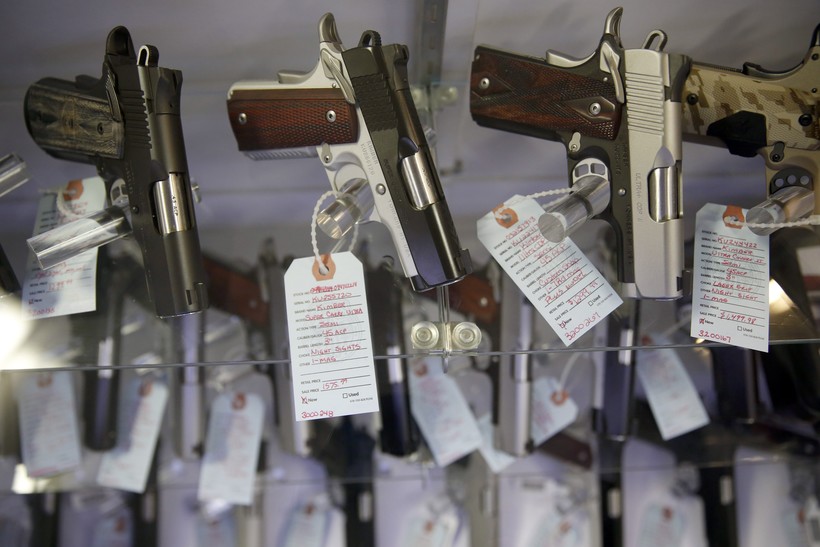 Advocates converged Tuesday on the Capitol to push for a so-called "red flag law" in Wisconsin, a measure that would allow law enforcement to take weapons away from individuals identified by close family members as potential threats to themselves or others.

Several states have enacted red flag laws, also known as extreme risk protective orders, in the wake of the deadly attack at Marjory Stoneman Douglas High School in Parkland, Florida, in 2018. A number of reports following that shooting highlighted warning signs exhibited by the shooter.

Proponents of red flag legislation say friends and family of potentially dangerous individuals should be able to act when they see early signs of potential violence.

"Usually, close family members are the first people to know if somebody is a danger to themselves or others," said Leslie Harris, volunteer chapter leader for Moms Demand Action for Gun Sense in America.

Harris, a mother of two from the Milwaukee area, and nearly 100 other advocates walked the halls of the Capitol on Tuesday, urging state lawmakers to introduce such a plan.

"This is a way that we can take a really small step to allow law enforcement to ensure public safety by responding to immediate dangers," said Harris.

A similar coalition of advocates, led by the Wisconsin Anti-Violence Effort Educational Fund, presented lawmakers with a petition calling for red flag laws and universal background checks earlier this month.

"We need to make our schools safer," Kaul said in the speech. "And while I applaud the passage of funding for school safety last year, I am also calling for more action."

Since then, Gov. Tony Evers has said he supports the proposal, but state lawmakers have yet to introduce a bill.

Assembly Minority Leader Gordon Hintz, D-Oshkosh, said Assembly Democrats "absolutely" plan to introduce a red flag bill this session. He said he hopes the plan can be a bipartisan one.

"We’ve seen a number of Republican states who have moved forward on this bill," Hintz said. "It's a balance between the safety and well-being of individuals and respecting gun rights."

However, the plan may face an uphill climb in the Republican-controlled Legislature, as some constitutional conservatives have raised concerns over red flag proposals, saying they may go too far and violate the rights of gun owners.

"I don’t support the government intervening to take firearms from citizens without due process," Senate Majority Leader Scott Fitzgerald, R-Juneau, said. "Without seeing any specific legislation yet, I’m concerned that what I’ve seen discussed publicly has been too broad and could result in situations where that occurs."

Assembly Speaker Robin Vos, R-Rochester, has expressed a similar outlook, saying he could be open to supporting a red flag law, but that it would be need to be limited in scope.