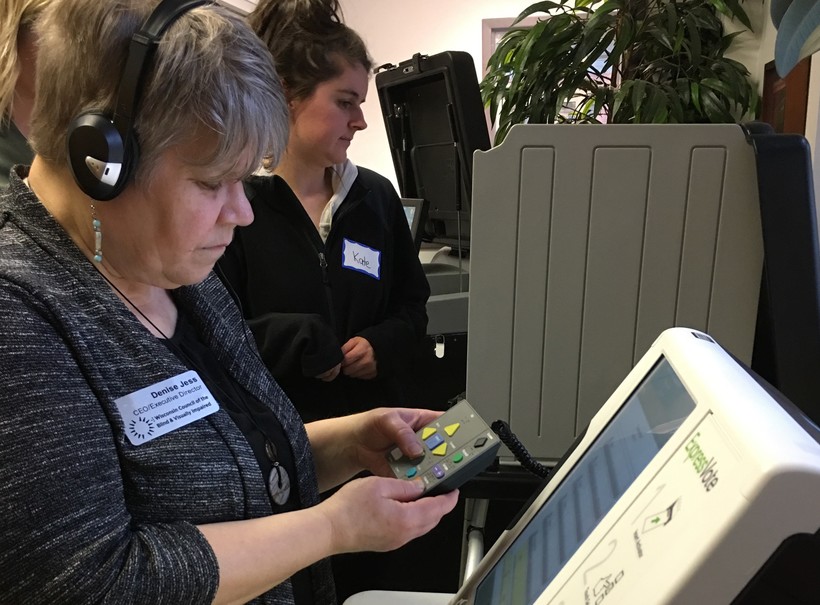 Election Day is Tuesday and advocates for those who are blind and visually impaired are pushing for changes to the state’s absentee ballots.

Wisconsin voters can request an absentee ballot, but the Wisconsin Council of the Blind & Visually Impaired says the state does not have a ballot for absentee voting that is compliant with the American Disabilities Act.

Denise Jess, who is blind, voted absentee in November which required having someone read the ballot aloud and mark her ballot. She said her ability to vote privately and independently is sacrificed when she votes by mail.

"Absentee ballots are sent out on paper, so imagine holding a piece of paper folded in an envelope, you pull it out, and you have no way to interact with that piece of paper, because you can’t see it," said Jess, executive director of the council.

In Wisconsin, Jim Denham, access technology specialist with the council, says there is technology for individuals who are blind and visually impaired who want to vote in person. There is accessible voting equipment at every polling site, which is required by federal law.

Some sites have what is called an ExpressVote machine, known as a ballot-marking device. An individual who is blind or visually impaired uses a game controller with arrows on it to move through the ballot electronically while wearing headphones. The person can hear the name of each candidate while scrolling through the ballot.

"The ballot is fed into the machine and each race is read aloud, using synthetic speech," Denham said. "In using a series of keys, the voter is allowed to select an individual's candidate under each race, then (has) a chance to review the ballot," Denham explained. "Once you're done, it will print the information on the ballot."

A blind or visually impaired individual is coupled with an onsite poll worker to answer any questions during the casting of their ballot but is given the same privacy as other voters.

The council has been advocating to send two registered voters and an electronic copy of the ballot to those who are visually impaired. State law allows sending these ballots to active military members or United States citizens who live overseas.

"We’d like to see that extended to the blind, so we can hear the ballot, physically mark it and be able to send it back," Jess said. "Part of that would be electronic submission, which isn’t currently legal."

Last month, Sen. Duey Stroebel, R-Saukville, alongside other Republicans, proposed a series of 10 bills that would change the rules for absentee voting and other election procedures. One bill says voters under 65 years old who say they’re confined to their homes could no longer claim that status without documentation from a health care provider.

Jess said this is concerning.

"In many cases, it would be difficult to get that primary health care provider's signature to validate," she said. "There’s HIPAA issues that would be around that. There’s transportation issues of getting to the doctor to get that document signed."

Another proposal would allow in-state family members or a designee of absentee voters to return ballots on their behalf. Jess said this is concerning for individuals who are blind and visually impaired, especially "if they live alone, if they don’t have access to a family member, if they don’t entrust that family member to safely carry that ballot."

Absentee ballots must be returned to your municipal clerk no later than 8 p.m. Tuesday to be counted. The last day of voting is Tuesday. Wisconsin residents can check if they’re registered to vote, find their local elections official and locate their polling place at MyVote.WI.gov, which also offers Wisconsinites the chance to track their ballot. 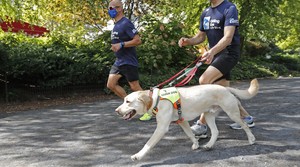 About 12 million people 40 or older have a vision impairment, according to the CDC. We examine access to the COVID vaccine after Kaiser Health News found that federal, state and local websites violate disability laws. Plus, we discuss virtual learning challenges for blind children.