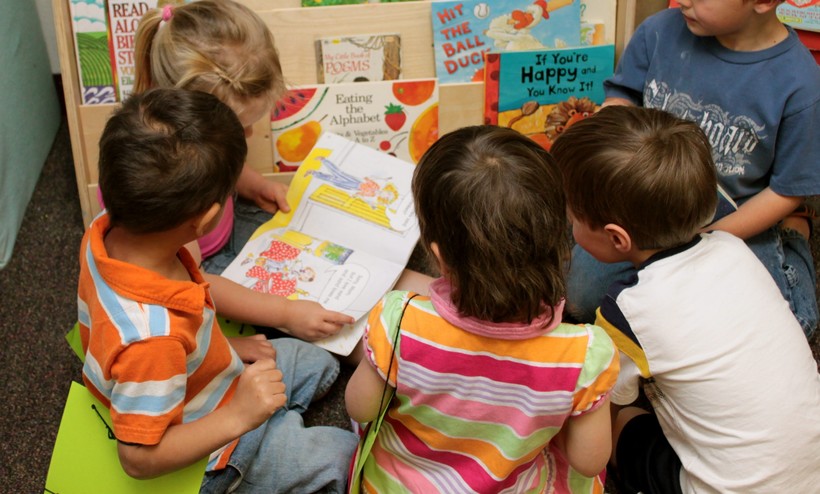 Madison Panel Discusses How To Make Care Work At A Price Everyone Can Afford
By Shamane Mills
Share:

At a time when many Wisconsin employers are having difficulty finding and keeping workers, the man picked by Gov. Tony Evers to lead the state Department of Workforce Development is pointing to barriers for workers like housing and transportation. And for parents, what to do about kids when they're not in school.

"We want to see those parents be able to work and provide for their families. But we also want to make sure we’re investing in those children," said DWD Secretary-designee Caleb Frostman at a forum Tuesday in Madison on the cost and availability of child care which was attended by businesses, parents and child care providers.

Infant care can be particularly difficult for parents to find and afford. It’s costlier in Wisconsin than most other states.

A 2016 U.S. Chamber of Commerce Foundation report found 2 million parents of toddlers across the country had to quit a job, turn down a job or transfer due to child care issues, Frostman told the group.

As a mother of two preschoolers, Katie Bogucki knows this all too well. She was working full time but it got to the point it didn’t make sense financially.

"Both my kiddos had some unexpected health issues," she said. And when Bogucki ran out of paid time off, her paychecks got smaller. But child care costs remained the same. "It just was not financially realistic to have me continue to work full time. Doing the math I was working for less than a dollar an hour by the time we paid (for child care)."

But accommodating parents without creating resentment among other workers who don’t have children can be an issue.

Zach Penshorn, vice president of human resources for M3 Insurance, said his company works to create a flexible culture to attract and maintain employees — both those with children and without. He recalled how one woman needed time off when her child got out of school. And coworkers were OK with that.

"She’s not the individual who has the 'special deal' and other people in the organization are having to accommodate," Penshorn said.

The operator of a Madison child care facility who was on the speaker’s panel said employers need to do more than just provide flexible schedules. She mentioned job sharing, for instance.

"I think the important thing to note is there isn’t a one size fits all. What works for one family isn’t going to work for another," said Abbi Kruse, executive director of The Playing Field.

There has been a push for corporate sponsored child care across the country. But Kruse questioned the quality, asking if employers could balance the needs of both working parents and the educational needs of the child.

Neither is cheap or easy to do. Child care providers can’t pay employees more without charging parents more.

As WPR reported recently, the average child care worker earns $10.33 an hour. That’s classified as a "poverty wage," meaning that even with year-round, full-time work, it’s not enough to keep a family of four out of poverty.

More than half the state’s child care workers are on public assistance and their wages are declining, said Erin Arango-Escalante who also spoke at Tuesday's forum. She is administrator for the Division of Early Care and Education at the Department of Children and Families.