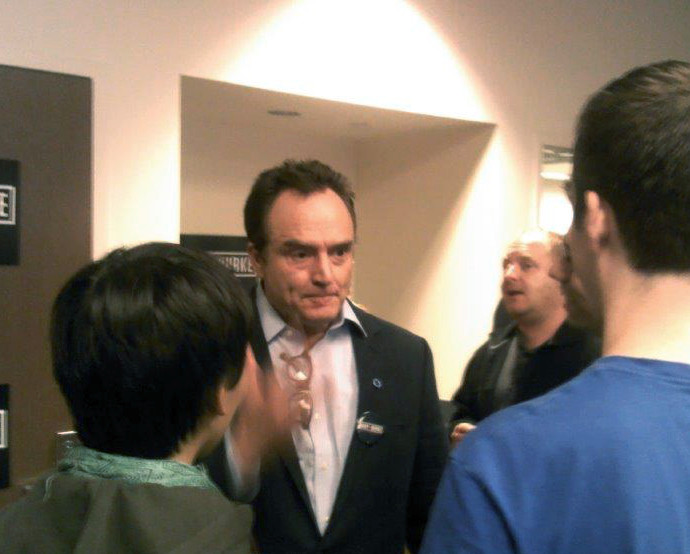 Bradley Whitford, the former star of the TV series “The West Wing,” gave pep talks to student Democrats on three University of Wisconsin campuses on Friday on behalf of Mary Burke’s gubernatorial campaign.

Whitford, who graduated from Madison East High School in Madison, got a warm welcome from about 30 students on the UW-Madison campus. The students were all armed with clipboards ready to head out to register voters on their way to class. Whitford told them they have their work cut out for them, since the state's new voter ID law makes the registration  process more  complicated for students.

“Fight to get your friends registered and ready to vote. They cannot get away this. You don't get democracy — you’ve got to make it every day,” he told the gathered students.

Eighteen-year-old sophomore political science major Chet Agni said a lot of his fellow students are apathetic about the election. But he thinks when stars like Whitford come to town, it could prompt some of them to pay more attention.

“They start listening to what’s going on and (the) way are people coming to Wisconsin — why are people talking about Wisconsin,” said Agni. “Then when people are actually here, then they think, ‘Well, this state is important. This is more important — this election is vital.”

Whitford also spoke to student Democrats on campuses in Oshkosh and Milwaukee.