Republicans have been campaigning against the law known as Obamacare for nearly a decade. Now with President Donald Trump in the White House and a new lawsuit winding its way through the courts, there's a very real chance the Affordable Care Act could be repealed.

Republicans have been campaigning against the law known as Obamacare for nearly a decade. Now with President Donald Trump in the White House and a new lawsuit winding its way through the courts, there's a very real chance the Affordable Care Act could be repealed.

Arlan Ketelboeter of Cross Plains knows the ACA better than most. Ketelboeter retired just six months shy of his 65th birthday, the age when he would qualify for Medicare. He bought insurance on the Obamacare marketplace, but it was expensive.

"We had even thought about skipping insurance for six months. I’ve always been in pretty good health and all that kind of stuff. Two months after I retired I had cancer," Ketelboeter said.

Ketelboeter had lymphoma and the doctors treated it aggressively. He underwent chemotherapy, went into cardiac arrest and spent a week in intensive care.

"On life support, breathing tube and all that kind of stuff. They told my wife, Lori, that my chances of coming out of it without any brain or heart damage were 20 percent," he said.

The medical ordeal was emotionally trying and potentially financially devastating. He was in the hospital for 40 days and rehab for 20.  Ketelboeter said his medical expenses were close to $1 million. The insurance he bought on the ACA marketplace covered much of it.

"We were able to get Obamacare, and at that point it was kind of like a matter of life and death," he said. 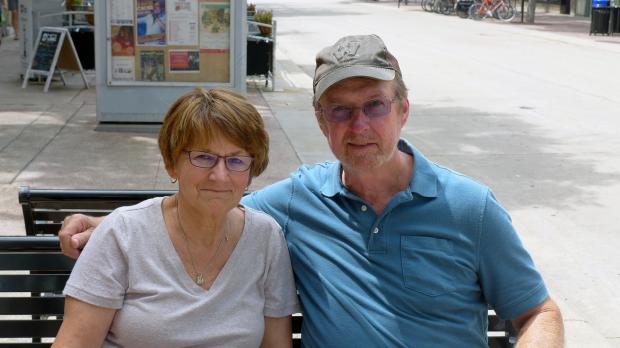 Stories like Ketelboeter's are part of the reason that getting rid of the ACA is no easy task. Despite all of its difficulties, for many people, the law is better than the health care system it replaced.

The flip side is that health care premiums for most people have gone up under the ACA. Republicans have hammered this home, and over the past year, they've taken steps to address it.

Wisconsin Gov. Scott Walker got federal approval to implement a reinsurance plan aimed at lowering costs. It does this by subsidizing high-cost medical claims using a mix of federal and state money.

At the federal level, President Donald Trump signed an executive order to expand so-called "association" health plans, where groups of employers band together to provide coverage, along with short-term limited duration coverage.

"In so many ways, change aimed at creating more and lower prices for millions of Americans," said Trump during a White House ceremony last October.

The Congressional Budget Office has estimated 6 million people could sign up for association health insurance and short-term coverage by 2023.

"These are a niche product, always have been," Doug Badger, a visiting fellow at the conservative Heritage Foundation in Washington, told NPR. "It's simply another choice for consumers that for many is more affordable than the other products available," he said.

But short-term plans don't cover much because they don't have to. They're not even considered insurance under the ACA. They were meant to be temporary, used by people in between jobs.

Wisconsin U.S. Sen. Tammy Baldwin has called them "junk plans" and the Wisconsin Medical Society is against them, saying the coverage often isn’t adequate.

Short-term plans don’t have to take people with pre-existing medical conditions or provide benefits like coverage for maternity, mental health, prescription drugs and substance abuse treatment. They can last up to 364 days and be renewed for up to 36 months.

But states can still regulate them. Wisconsin limits short-term plans to 18 months.

If Obamacare goes away, Republicans say they'd bring back a health care option known as high-risk pools. These high-cost plans were often the only option for people with expensive medical problems before the ACA. Wisconsin Republican U.S. Senate candidate Leah Vukmir says they worked before and they could work again.

"I support protecting people with pre-existing conditions. We did it here in Wisconsin before it was even part of Obamacare. I support bringing health care decisions back to the states," said Vukmir during an interview on Wisconsin Public Television’s Here & Now special on the U.S. Senate race.

Wisconsin had a high-risk pool until 2014 that was touted as a national model. But it had high premiums and a lifetime limit on benefits. That worried cancer groups.

Going back to that system could be especially difficult now, said Nancy Wenzel, the CEO of the Wisconsin Association of Health Plans. That's because more people have pre-existing conditions today compared to when Wisconsin's high-risk pool went away.

"If we’re talking about the population today, it’s 10 times that amount. So we can’t just plug and play a solution of the past," she said.

The numbers bear that out. Wisconsin's high-risk pool covered 24,000 people at its peak.

This story is part of a three-part election season series on where Wisconsin's candidates stand on health care. Some of the interviews in this story came from WPR's special series Beyond The Ballot, a project dedicated to finding out what Wisconsinites care about. Read Part 1 and Part 3 of the series.