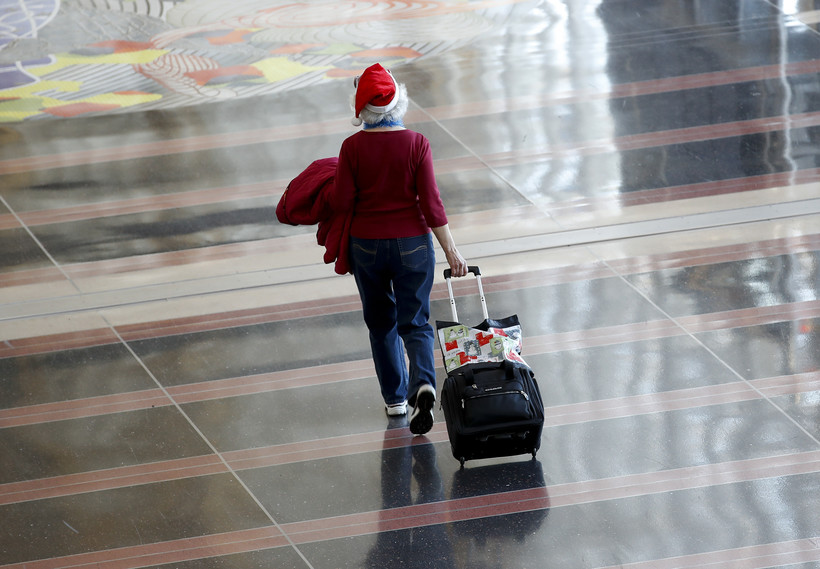 Holiday travelers should prepare for what’s expected to be one of the busiest seasons on record.

AAA predicts more than one-third of Americans, or 112.5 million, will take to roadways, runways and railways for the holidays. This is the highest number of travelers since AAA began tracking holiday travel nearly two decades ago.

In Wisconsin, an estimated 2.3 million residents will travel more than 50 miles from their homes over the holiday period, which spans from Thursday, Dec. 20 through the New Year.

Nick Jarmusz, AAA’s director of public affairs for the Midwest, said the vast majority of Wisconsinites, about 2.1 million in all, will travel by car, "with the remainder traveling either by air or by other means."

All modes of travel — including rail, road and air — have increased between 4 and 5 percent this year in Wisconsin, consistent with national trends.

Jarmusz and AAA credit this influx to a stronger economy.

"Especially here in Wisconsin where we're seeing record-low unemployment. We're seeing some growth in wages," Jarmusz said. "And just overall people have the ability to spend money out of their budget to make a trip and they are doing so."

In Wisconsin, gas prices are at their lowest in 18 months, with some pump prices as low as $2.09 a gallon. Nationally, gas prices averaged $2.46 for the first week of December.

Jarmusz said these low gas prices do not necessarily incentivize any more people to travel than otherwise would have.

"But certainly it is a very nice holiday surprise at the pump for motorists, and it’s going to give them the ability to spend a little bit more of that money on something they would probably much rather be spending it on than gas,” he said.

AAA cautions travelers to expect delays and be prepared. If going by car, check tires, batteries and fluid levels before hitting the road, and keep an emergency kit in the trunk.