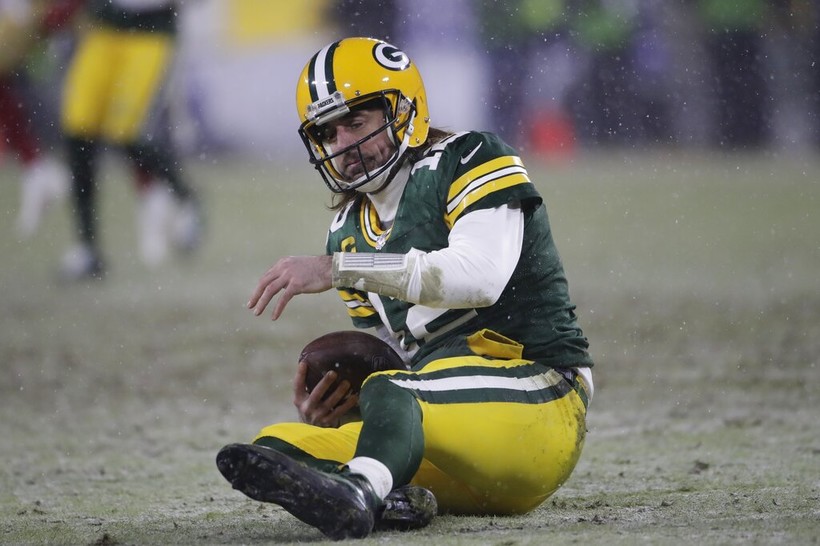 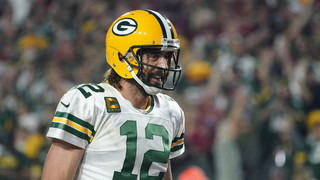 Robbie Gould continued his playoff perfection and moved the San Francisco 49ers one step away from their second Super Bowl appearance in three seasons with a 45-yard field goal as time expired for a 13-10 upset of the Green Bay Packers on Saturday night.

On a field littered with snow flurries, Gould's kick knocked off the top-seeded Packers and possibly ended Aaron Rodgers' tenure in Green Bay.

The 49ers (12-7) continued their postseason hex on Rodgers and advanced to an NFC championship game matchup Jan. 30 against either the Tampa Bay Buccaneers (14-4) or Los Angeles Rams (13-5). Those teams play Sunday in Tampa.

Rodgers dropped to 0-4 in career playoff matchups against the 49ers. San Francisco beat the Packers 37-20 in the NFC championship game two seasons ago before losing 31-20 to the Kansas City Chiefs in the Super Bowl.

The Packers (13-5) earned the NFC’s top seed for a second straight season but again failed to reach the big game as the 49ers rallied by scoring 10 unanswered points in the final five minutes.

San Francisco tied the game with 4:41 left thanks to a breakdown by Green Bay's special teams, the Packers' biggest weakness all season.

Jordan Willis' outstretched left hand blocked a punt by Corey Bojorquez, who was kicking from the front of his end zone. Talanoa Hufanga picked up the ball at the 6-yard line and ran it in to make it 10-10.

After the Packers went three-and-out, the 49ers got the ball back at their 29 with 3:20 left and drove into field-goal range. Deebo Samuel delivered a 9-yard run on third-and-8 from the Green Bay 38, and the 49ers ran down the clock to set up Gould.

A.J. Dillon's 6-yard touchdown run capped a 69-yard drive on the game’s opening possession that put the Packers ahead 7-0. Green Bay’s offense didn't do much of anything after that.

The temperature at kickoff was 14 degrees with a wind chill of zero, making it the fifth-coldest playoff game in Lambeau Field history.