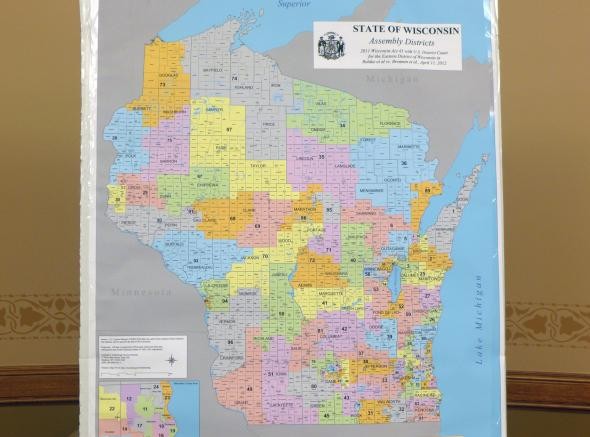 Tuesday night, Jefferson County became the latest to pass a resolution calling for state lawmakers to draw legislative districts without trying to favor Democrats or Republicans.

Jefferson County Board Chairman Jim Schroeder joined the majority, which passed the resolution on a voice vote by a lopsided margin.

All four of the counties supported Donald Trump by double-digit margins in the 2016 presidential election.

Hans Breitenmoser, a Democrat, introduced the gerrymander resolution in Lincoln County. His fellow board members passed it by an 18-to-4 vote March 21.

He said his Republican colleagues understand gerrymandering could also hurt them.

"If you go from state to state to state, you see places where the Democrats have the upper hand, not because they're legitimately getting more votes, but because of gerrymandering," Breitenmoser said. "In Maryland and some other places, the maps would make Wisconsin politicians blush. So, Republicans get that."

But Schroeder isn’t sure the Republican led state Legislature will heed the advice of the county boards.

"One can hope," Schroeder said. "We don't do this as an empty exercise. Even if we believe that the Legislature is not amenable to hearing that message, we're going to send it anyway."

Breitenmoser said he expects other Wisconsin counties to take up similar resolutions in the near future.

The state is appealing the federal court ruling.