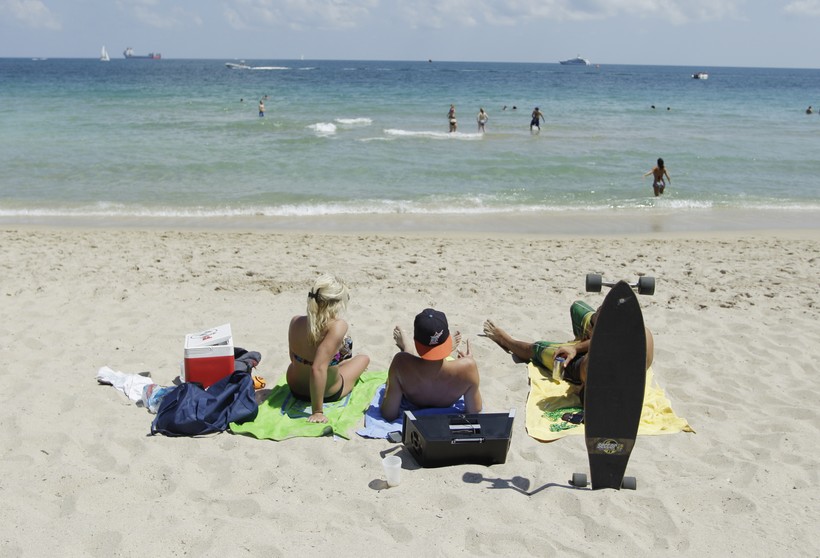 A growing number of University of Wisconsin System campuses are canceling spring break in hopes of preventing outbreaks of COVID-19. While most UW System schools are keeping spring break plans in place, administrators say that could change.

On Dec. 3, UW-Eau Claire Provost Patricia Kleine sent an email to students, faculty and staff announcing the administration would cancel spring break, which was scheduled for the week of March 22.

"While we all appreciate the value of rest, relaxation, and the learning opportunities that are hallmarks of spring break, sending thousands of Blugolds off for a full week to travel is simply not wise given the widespread outbreak of the virus," wrote Kleine.

In lieu of a weeklong break, Kleine said spring classes would end a week earlier than planned.

In addition, Kleine told the campus all study abroad programs scheduled for spring of 2021 are canceled, saying, "The health and safety of all Blugolds remains our #1 priority."

"I understand that decision because obviously, if we just give one week, students will either go home out of state or they will go, obviously, like on vacations or book flights," said Ziebell. "We don't want to risk people traveling in and out and possibly bringing COVID back to our campus."

Ziebell said she's heard a range of feedback from fellow students. She said some were frustrated by the decision and prior decisions to keep some classes in-person during the fall semester. Others, Ziebell said, were OK with canceling the break in exchange for an earlier end to the spring semester.

UW-Eau Claire is the fourth UW System campus to nix spring break. UW-Madison was the first to announce its plans. The campus will start the spring semester a week later, giving students a longer winter break.

In October, UW-River Falls and UW-La Crosse also announced a shift in their spring calendars. UW-La Crosse provost Betsy Morgan said they, too, will cancel spring break and start a week later. She said the hope is that by delaying the start of the spring semester there will be less of an overlap between the flu season and COVID-19.

"And then, of course, the main reason we did it is because of the concern for community spread associated with spring break, because it's a full week, you know that students tend to go further away, often across state lines," Morgan said. "And we were just concerned about bringing them back."

Morgan said part of the concern was that the university would have faced a daunting task of trying to test more than 10,000 students before classes resumed. Morgan said even when processing around 300 COVID-19 tests per day it would take a week just to screen UW-La Crosse's roughly 3,000 dorm residents.

UW-Platteville is also canceling spring break but instead of starting the semester late or ending it early the university is using five days off in the months of March through May.

"Our faculty and students expressed a strong preference to keep our spring break as scheduled, although everybody understands that the situation may change depending on how circumstances evolve," Summers said.

Summers said there hasn't been any directive regarding campus spring break plans from the UW System Administration office.

In an email to WPR, UW System spokesperson Mark Pitsch said interim-president Tommy Thompson has been "actively discussing the 2021 academic semester" with the goal of maintaining the safety of students, employees and surrounding communities.

"As part of these discussions, the chancellors have had flexibility to make individual decisions on their spring semester schedules, with the understanding that circumstances are fluid and UW System might require changes," said Pitsch.