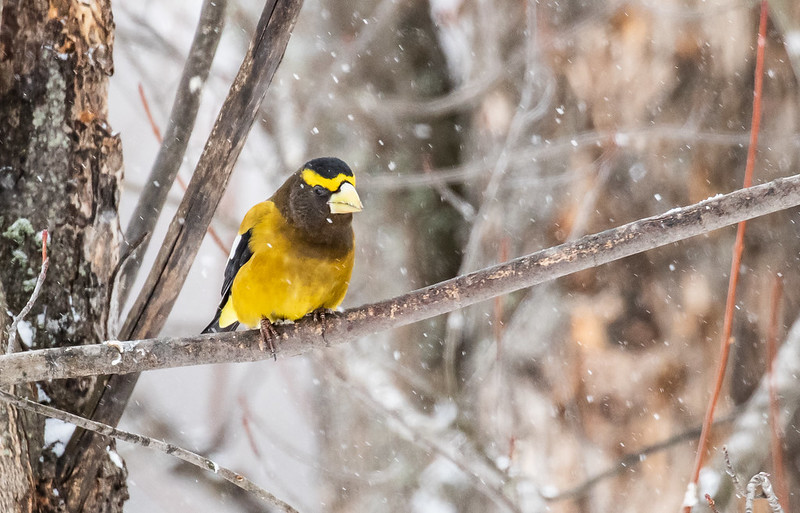 4 Birds To Watch Out For This Winter

While Many Birds Head South For Season, There Are Still Plenty Of Opportunities For Birdwatching
By Mary Kate McCoy
Share:

Winter might not seem like the best time for birdwatching as most travel south, but the season has a lot working in its favor and there are still plenty of opportunities for those eager to see the cold-hardy birds that stick around.

One of the best places to watch winter birds may be in your own backyard, said Bill Volkert, wildlife educator and naturalist. All it takes is food to lure them, and shelter to provide security. Trees, shrubs, wildflower gardens — or a discarded Christmas tree after the holidays — can all provide sufficient shelter.

The lack of leaves and less open water during the season make it easier to actually spot the birds, Volkert said. But if you haven’t seen many at your bird feeders yet, that could be because there hasn’t been much snow cover making it easier for birds to find food in the wild, he said.

"We do have a nice mix of birds in wintertime," Volkert said. "Some that remain year round are common birds like chickadees, blue jays, cardinals. And then we'll get some more migrants coming in from the north … such as the rough-legged hawk which nests in the Arctic, along with what I consider its counterpart, the snowy owl."

Volkert shared four birds to keep an eye out for this winter.

A small songbird with a sharp, pointed bill and brown feathers laced with yellow, the pine siskin has been reported in high numbers around Wisconsin this year, Volkert said. While they prefer evergreen and deciduous forest, they can also be common sight around bird feeders — where they particularly enjoy thistle or nyjer seed.

This year is proving to be a "finch eruption," Volkert said. Oftentimes, they'll remain in Canada through the winter, but a variety of native finch species are traveling south from the Canadian spruce forests because of this year's poor pine and spruce cone production, he said.

A social bird, particularly in the winter, evening grosbeaks are large, sturdy finches with a strong, conical bill and short tail. Adult males are yellow and black, with a large white spot on the wings. Females are predominantly gray with white and black wings and a yellow/green-tint on the neck. They're beginning to show up around Wisconsin, Volkert said, particularly in the northern half of the state.

Redpolls are small songbirds that have a prominent red patch on their forehead and a distinct "zap" and "dreee" call. They often travel in flocks that can contain several hundred. They feed on seeds in fields and in trees, and are frequent visitors of bird feeders in the winter. Like the pine siskin, they have been traveling south this year in search of food, Volkert said.

The northern shrike is a rare type of songbird — as a predator of birds, small mammals and insects. It earned its nickname, "the butcher bird," from its habit of killing more prey than is needed at a time, and storing it for later by impaling it on spines and barbed wire. The northern shrike is white, with a black mask and short, hooked bill. 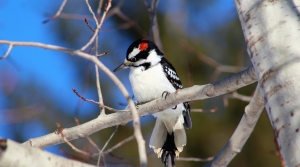 In winter, there aren’t as many birds in Wisconsin, but it’s still a good time to look for them. We talk with a birding expert about how to attract birds to your yard and other places you can spot birds.