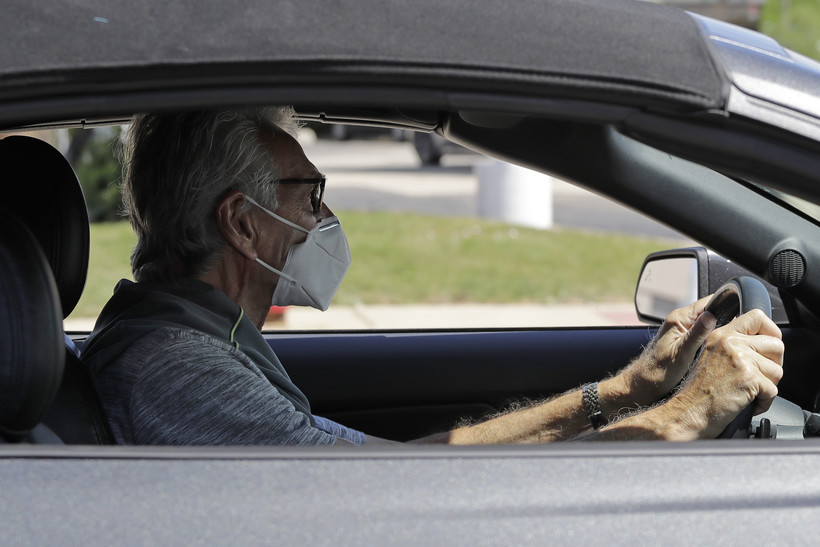 There have been 25,763 positive cases of COVID-19 in Wisconsin as of Wednesday, according to the state Department of Health Services. That's an increase of 432 cases from the day before.

According to health officials, 757 people in Wisconsin have died from COVID-19 as of Wednesday afternoon, with seven new deaths reported since Tuesday.

Seventy-eight percent of people who have tested positive for the virus in Wisconsin have recovered, according to DHS. Three percent have died.

On Wednesday, DHS also provided its first update to a new data dashboard that looks at COVID-19 activity on a county and regional level. That dashboard shows that 22 counties in the state have a "high" COVID-19 activity level — a designation based on a county's number of cases per 100,000 residents over the past 14 days, and the extent to which that case rate is increasing.

La Crosse, Trempealeau, Milwaukee, Lafayette and Winnebago counties have the highest case rates in the state, all with over 100 cases per 100,000 residents reported over the past two weeks. Seven counties, including La Crosse and Milwaukee, have seen a statistically significant rise in their case rate over that same time period, based on DHS analysis.

Wisconsin's daily testing capacity — based on the availability of test supplies and adequate staffing — has grown from 120 available lab tests in early March to 18,355 as of Wednesday. The number of actual tests reported on Wednesday was 10,070.

An increase in testing is one reason for the increase in the number of positive cases. The percentage of positive tests jumped to 4.3 percent on Wednesday. On Tuesday, 2.2 percent of tests were positive, a two-week low.

There have been confirmed cases in all 72 of Wisconsin's counties, although according to the DHS, seven counties have had no new cases over the past two weeks.

In a press release Tuesday, Gov. Tony Evers called DHS' new tool "the next generation" of the Badger Bounce Back Plan, the state’s response to the coronavirus pandemic when the administration's "Safer at Home" order was still in effect.

"Our fight against COVID-19 isn’t over. Folks need to remember that this virus continues to spread in our state," Evers said in the release. "We want to make sure Wisconsinites have accurate information about the status of COVID-19 in their communities."

DHS officials said the information is meant to inform decisions within communities. The department continues to advise against travel between different areas of the state.

Dr. Ryan Westergaard, chief medical officer of the DHS Bureau of Communicable Diseases, also said on Tuesday that the state is tracking increasing cases of COVID-19 among college-age residents in La Crosse and Winnebago counties.

"What we’re learning anecdotally is that it is younger people in the university community," Westergaard said. "The lesson from that is not a new message, but what needs to be a focused message, that social distancing is important for all of the population, all of the community in all settings."

He said public health officials will need to focus on encouraging young people to take safety precautions when colleges resume classes in the fall to prevent further community spread.

Also on Wednesday, U.S. Secretary of Health and Human Services Alex Azar visited Bellin Hospital in Green Bay to discuss the health system’s response to COVID-19 and how it can best serve patients with other health care needs.

Azar participated in a roundtable with hospital leadership and physicians in which they talked about how to safely welcome back patients for all types of care.

"Here in Green Bay, the number of colonoscopies and mammograms dropped by over 90 percent from March to April, joint replacements declined by over 90 percent, and primary care visits fell by 75 percent. We’ve begun to see those numbers recover, and I’m very encouraged by the efforts I heard about here at Bellin," Azar said in a statement.

Bellin Health has taken several steps to minimize the spread of COVID-19 including: screening all who enter its buildings and requiring all patients, visitors and staff to wear a mask.