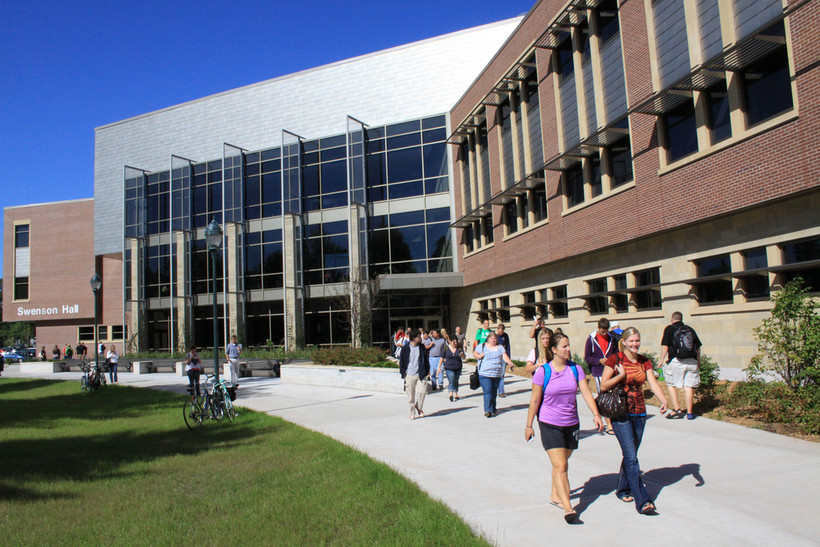 Two University of Wisconsin campuses are seeing more than one-third of employees seek voluntary buyouts among faculty and staff members who are eligible for early retirement.

UW-Eau Claire Chancellor Jim Schmidt said they've made an official offer to all 115 employees who applied for the voluntary buyout. Schmidt said that includes 21 faculty members.

"As it turns out, particularly in the faculty ranks, they were pretty evenly distributed across the university. I believe there was only one instance where there were two faculty from the same department," he said.

Schmidt said they now have 45 days to decide.

He said he expects about half of those who have applied will actually accept a buyout.

"That information is going out to the heads of the unit that those people have applied from so they can have discussions about what an impact would mean," Wachter said.

Wachter said they're bracing for a roughly $2.5 million cut if the governor's proposal clears the Legislature.

"You're trying to juggle this fine line between planning for the worst and not knowing what that final outcome is going to look like," he said.

UW-Superior officials have already cut around $1.8 million after it was tasked with facing a $4.5 million shortfall last year.

"If all of them took this, I believe that we would still need to make additional cuts if the governor's proposal were to go through as proposed," he said.

Those who sign off on the buyout offer will still have another seven days to change their minds.