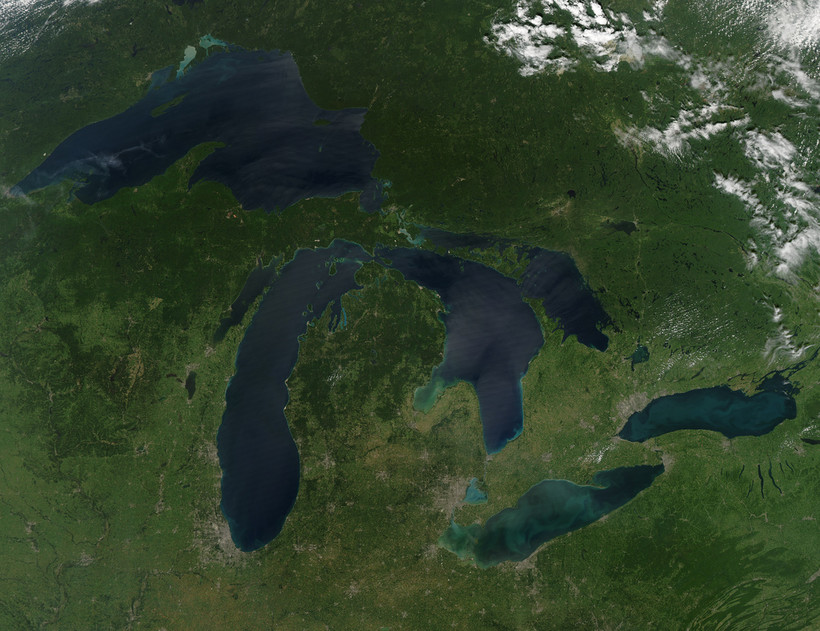 June Marks Record-Setting Month For Most Of Great Lakes
By Danielle Kaeding
Share:

The U.S. Army Corps of Engineers said Lake Erie broke its previous record set back in 1986 while Lake Ontario surpassed a record set in 2017.

"The records on Lake St. Clair, Lake Erie and Lake Ontario are the highest levels for any month going back to 1918," said Keith Kompoltowicz, the Corps' chief of watershed hydrology.

"The recent levels that we're seeing are very near a period of extremely low water levels," said Kompoltowicz. "Up until recently, we hadn't come outside of our recorded range, but we're certainly doing that now."

In 2013, Great Lakes water levels were well below average and lakes Huron and Michigan saw their lowest levels ever recorded. Kompoltowicz said the lakes have been on an increasing trend ever since and all lakes are above the long-term average. The current six-month forecast indicates all Great Lakes will meet or go beyond July monthly records except on lakes Michigan and Huron.

The International Lake Superior Board of Control said water levels at the beginning of July were about an inch and a half above its record high levels for early July set back in 1943. The board said in a July 3 release that the International Joint Commission has allowed higher outflows from Lake Superior into the St. Marys River than those that were set in its 2012 plan.