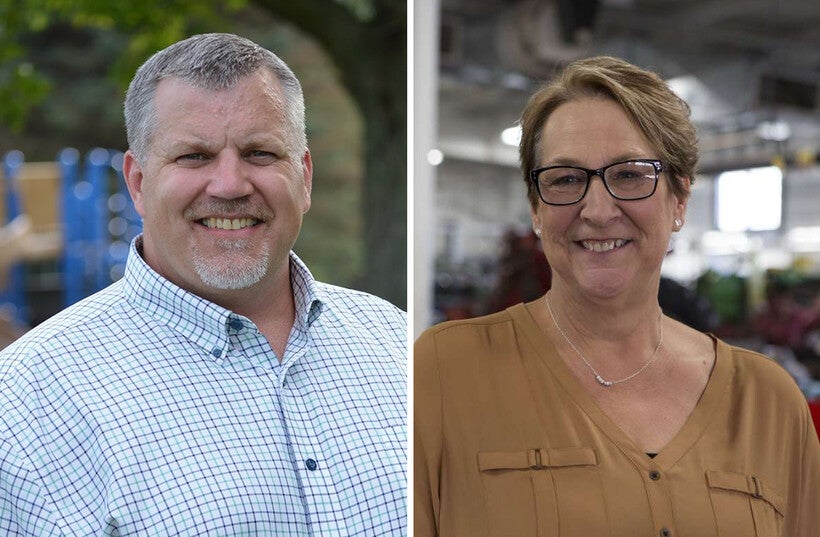 This is Schachtner’s first general election after winning the seat in a special election in 2018, making her the first Democrat to hold the seat in nearly two decades.

Poll watchers around Wisconsin have identified the district, which falls mostly in the Twin Cities metro area, as an indicator as to how Wisconsin and even the country might vote in 2020.

Speaking Oct. 16 to WPR's Dean Kallenbach on "The West Side" Stafsholt, of New Richmond, defended his party’s choice to challenge public health orders from Gov. Tony Evers related to the coronavirus pandemic in court, calling them government overreach and saying he believes no one is above the law.

This interview was edited for brevity and clarity.

Dean Kallenbach: Gov. Tony Evers has called on the Republican-led Legislature to take steps to mitigate the spread of the coronavirus in Wisconsin, but Republican-backed groups are trying to stop the governor's office from imposing mandates by opening court cases. What measures would you support as a state senator in response to the pandemic?

Patty Schachtner: Well, I think the pandemic has really shown the cracks in our society. One of those has been the lack of broadband access for our students and for our workforce … and what this pandemic has showed us is that we're not prepared and that is a choice through policy. So, I really think that when we look at COVID and the pandemic, we have to look at it from a big perspective and really get back to work as legislators and look at the fiber-to-farm bills, look at the bills that are going to help us get to where we need to be. That's really how I look at this topic.

Rob Stafsholt: You know, I think that's a fair question and I think we need to clarify, that by nature, the lawsuits, the court cases, and the things that you see are not necessarily against COVID or against the masks. What they are against is unlawful government overreach by Gov. Evers. We just want to make sure that he follows the law like everybody else and that nobody is above the law. If he doesn't have the authority, we'd be more than happy to entertain working together and come up with solutions like we did in the past. Honestly, one of the proudest moments in my two terms in session as a state legislator, is when we passed the COVID relief bill early this spring, because it was probably the most bipartisan bill I got to work with.

DK: Public school funding is one of the state budget's largest spending categories. How do you think the state should support public schools especially those in rural areas?

RS: Speaking specifically about K-12 in the last budget, I'm proud of what we did in the last budget. We had the largest total investment in K-12 funding. I believe we had a total spending of $12.3 billion. If you think about that, that's $12.3 billion that's only spent on K-12 out of the state's budget. We had a $500 million increase just in the last two years which is about, I believe, $604 per student over those two years. So, in this last budget I supported $100 million increase for special education. In fact, we doubled the funding for the student mental health programs, so I've stood by K-12 and I will continue to do that. I think it's critical to our small communities and the reason I think it is, is because these kids get quality educations and then they get good jobs; hopefully, those good jobs are right here in our district and those kids get to stay here.

PS: My opponent talks about how proud he is of his recent investment, but what he doesn't say is what it was like after a decade of historic cuts and mutilation to public education, which is what got us to where we are today. We have, under the majority party, the lowest reading comprehension of African American students in the nation. That doesn't happen because you invested in public education. When I look at public education, I look at education as an investment into the future and the economy, not as a tax liability. Far too long, the majority party has used our children to be a tax liability and not the economic driver of our community. For people like me and most people here in District 10 that attend public schools, I was very proud to not only attend a public school but be able to utilize all the services that come with public education and that includes investing in technical training. When you look at what's going on now in our schools, there's so many great programs going on that articulate technical schools and the community. We have to grow those if we want our kids and our students to stay here. We have to give them a reason to stay here. When we don't invest in public education, what do you think that tells students?

DK: What approach will you take for expanding health care access and how will you make sure people with preexisting conditions have coverage?

PS: We need to make sure that everyone can get coverage regardless of their preexisting condition. We need to take the Medicaid expansion. Seventy percent of Wisconsinites in a recent Marquette poll want us to take it. I know that my friends on the other side think they know better than most people in Wisconsin, but Wisconsinites are saying take the Medicaid expansion. It's our money. It's our money that is going to other states. So, we need to take it and we need to look at our system right now and really think about new approaches to mental health care. And for health care, we need to really focus on prevention and treatment and not always reaction. It's always far more effective and cost-effective to work on prevention than it is to be reactive with health care.

RS: So, let's look at if we took that expansion in Wisconsin, there would be about 82,000 people that would fall under this new bracket and half of those people are already covered on the individual market. So now you're talking about roughly 40,000 people that you're going to take off the market and that only makes the program even more unsustainable and more costly. The premiums would likely spike dramatically for those who remain on the market and when you have fewer people paying for a larger number of people, the people that are paying have to pay more. I think we all understand that. And so far in Wisconsin, we've been able to guarantee Wisconsinites access to health care without expanding that government share. As of right now, I'm not in favor of expanding the Medicaid because I just don't think we need it in Wisconsin. 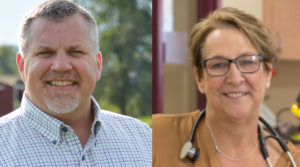