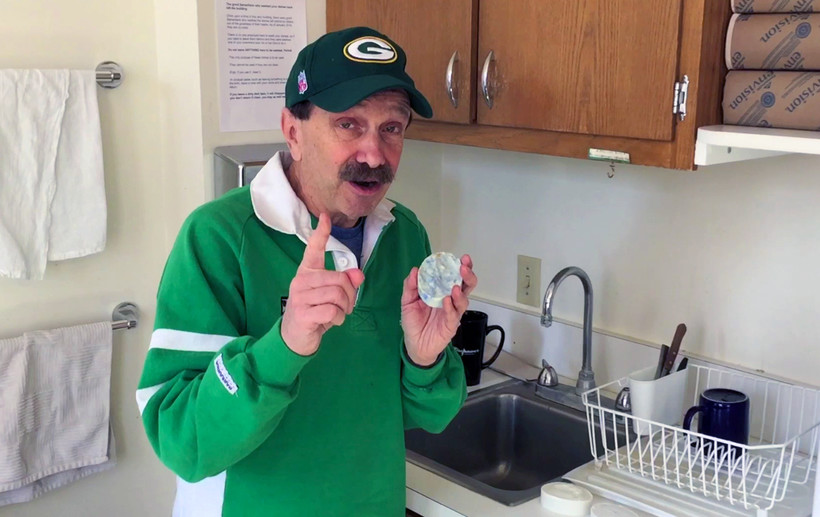 Zorba tests soap gifted from a loyal listener. Thanks for the soap Patrick in New York.

A loyal listener in New York sent Zorba and Tom a care package stocked with soap that he made in his kitchen. He calls it "old-fashioned soap" because he used glycerin in the soap's ingredients.

In modern industrial soap-making, the glycerin is usually separated from the soap to be resold and used in a wide variety of areas such as for personal care products, pharmaceuticals and ... explosives. The video shows Zorba testing out the soap's lather qualities and overall effectiveness.