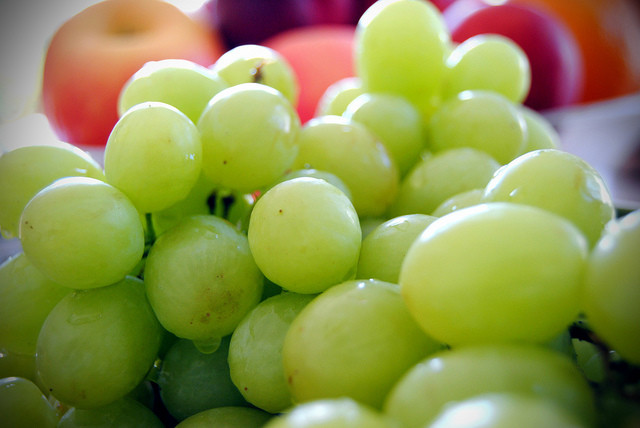 1-2 Children Die From Choking In The US Every Week
By Dr. Zorba Paster
Share:

I have the most perfect granddaughter anyone has ever had. I know I’m bragging, but that’s what I’m supposed to do. I’m grandpa. That’s my job.

But my other job is to protect her from all sorts of potentially dangerous things by making sure the house is childproof. There’s putting plastic plugs into those unused outlets, getting the kitchen cabinets secured, making sure those porcelain plates we got from Nova Scotia don’t fall on her head, putting plastic corners on all of our end tables. These are chores we’re all willing do to keep those young ones safe and sound.

Every time my granddaughter comes over she’s hungry. Like all kids – and all adults who are like kids – she’s looking for something fun to eat, something nutritious like grapes. Think about how delightful they are to a child – small, round, sweet with a good smell – but if swallowed wrong, they can clog the windpipe, ending in disaster.

Recently published research from the British Medical Journal talked about a 5-year-old girl who choked on a grape while being served at an after school club. Numerous attempts were made to remove the grape from the girl’s trachea, but the efforts failed and she died. The grape clogged her trachea.

The next case was a 17-month-old boy who was eating at home when he also choked on grapes. Paramedics were called but the child died.

We’re used to making sure children don’t get popcorn or peanuts if they’re under age 4, but too many parents aren’t educated as to the danger of grapes.

One to two children die from choking in the United States every week. Here are several prevention tips:

Parents and other caregivers should know CPR and mouth-to-mouth resuscitation so they can jump in should the need arise. It just might save your child’s life.

Accidental poisoning is another danger to young children. Last year, there were more than 2 million poisonings, with 90 percent occurring in ages 5 and under. Those curious hands go under kitchen counters, where they find cleaning sprays. Kids ingest those ubiquitous, brightly colored laundry detergent pods that have become so popular. And don’t get me going on the basement work bench and the garage – these places are just a child’s toxic waste dump ready to be consumed.

A house can be a dangerous place, and when you look at the national numbers, you can see we aren’t doing a very good job making household safety a higher priority. We might be putting our kids in car seats the right way, but we aren’t making our homes as safe as we could.

While we’re on the subject of toddler safety, let me chime in on the topic of teen safety as well. Too many grandparents, aunts and uncles and parents have their drug bottles out in the open for a visiting teen, or their visiting friend, to see with their prying eyes.