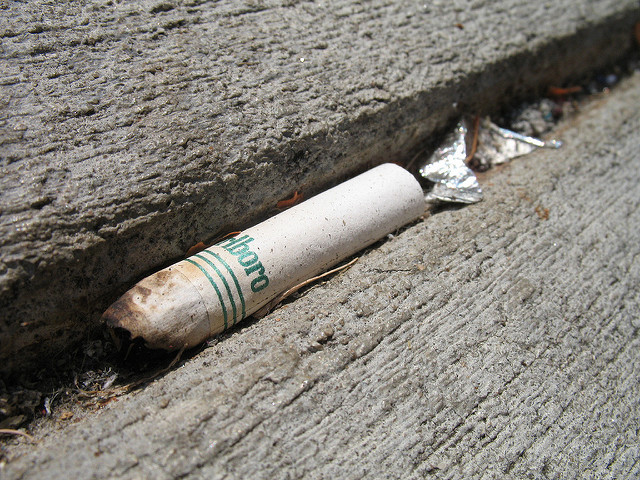 Study Shows The More We Sit The Shorter We Live
By Dr. Zorba Paster
Share:

Everyone knows they should quit, even long-term smokers. But for some, they still need convincing — something more concrete than just, "I know I should do it."

Well, how about money? Money, money, money. A recent study out of the Journal of the American Medical Association showed that smokers are less likely to be hired and also earn less than non-smokers.

When I smoked, I did it because I thought it was a cool thing to do in college. I quit not because of my health (yes, I was dumb back then, too) but because I couldn’t afford to smoke and also drink whole milk. If I bought a pack of Marlboros, it meant powdered milk (for those of you old enough to remember powdered milk, it was a poor substitute for the real thing).

Back to the JAMA study, where researchers in California analyzed the records of about 250 job seekers — half were smokers and half non-smokers — with an average age of about 50. Two out of three were men, and one out of three had a college degree. They were all looking for work. Nearly 40 percent of them said they had financial problems.

A year later, they looked back to see who had landed a job and who had not. Half the non-smokers were working, while only 25 percent of the smokers had jobs. But one more thing raised the researchers’ antennas: The non-smokers earned about $5 an hour more than the smokers.

So let’s do some math and check out the real cost of smoking for these men and women. A pack of cigarettes in the Midwest costs about $8. If you smoke a pack a day, that’s about $3,000 per year for those cancer sticks.

So one could reasonably say the cost of smoking can be as high as $13,000 per year when considering the actual cost for cigarettes and lower income for smokers. That’s easily an all-expenses-paid trip to Hawaii, year in and year out. This is not pocket change.

My spin: The cost of smoking is just one more reason to quit.

Now, on to another topic: "Sitting is the new smoking." I didn’t make that up, I heard it from my wife’s trainer, Laura. It’s not a good slogan, it’s a great slogan.

Actuarial researchers (those number-crunching guys with pocket protectors in their white shirts) analyzed death records of people from 54 countries. They defined premature death as dying before the age of 75. Then they compared these numbers with health surveys that looked at occupation, time in front of the TV, computer screen time, etc.

The result — everybody stand up now, and trumpets please — sitting is the new smoking!

The data showed that the more people sat, the more likely they were to die before their time. Sitting is a risk factor for early death from heart disease.

Dan Buettner’s book, "The Blue Zones: Nine Lessons for Living Longer from the People Who’ve Lived the Longest," gives us a glimpse at the lives of the longest living among us. And it shows they don’t sit as much.

My spin: Stand up, folks, and stretch your legs. And if you can’t do this while you work, then at least try to fidget. Stay well.