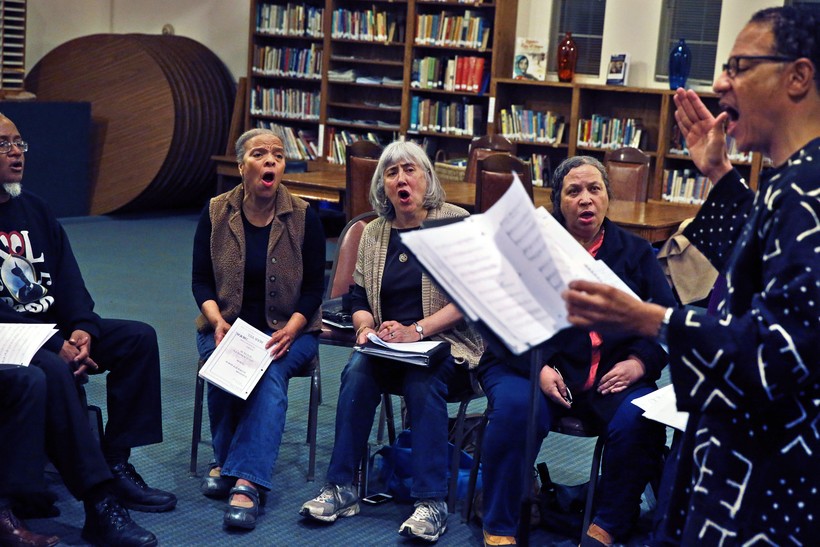 Research out of the University of Edinburgh in Scotland shows that singing might help one’s brain function.

Back in the day — that is, certainly before the 1990s — scientists thought the brain stopped developing somewhere in your teens or 20s. They were wrong.

The brain continues to develop throughout our lifetime. Researchers such as Dr. Richard Davidson, founder of the University of Wisconsin-Madison’s Center for Healthy Minds, have shown through functional MRI scans that we are always making new connections. The brain has neuroplasticity.

In the Edinburgh study, researchers took 30 right-handed volunteers, dividing them into two groups. Each group had to learn new motor skills with their non-dominant hand – the righties became lefties. Now, stop for just a moment. If you have a pen (being a geek, I always do) write your name with your non-dominant hand. Looks like a third-grader’s writing, doesn’t it? It did for them, too.

But this is where the study got interesting. Half of these folks learned the other-handed tasks while being silent, in a quiet room, while the others used musical cues. When the participants from both groups were put in MRI scanners, researchers found that the music group had made more connections in the white matter of the brain than the silent group. This part of the brain was the important area for learning the new motor skills. The music helped make better brain connections.

Just think about this for a moment. Say you’ve had a stroke and you can’t use your hand. We send you to physical therapy and occupational therapy and we do it with verbal cues, telling you to do it this way or do it that way. We use hands-on learning and verbal skills. But perhaps we need to add music to this equation. This could be a boon to the rehab community.

My spin: This very exciting research shows that music might be an aid to learning for those with brain dysfunction or perhaps people who have autism or even for everyone else as just another method of memorization. Stay well.