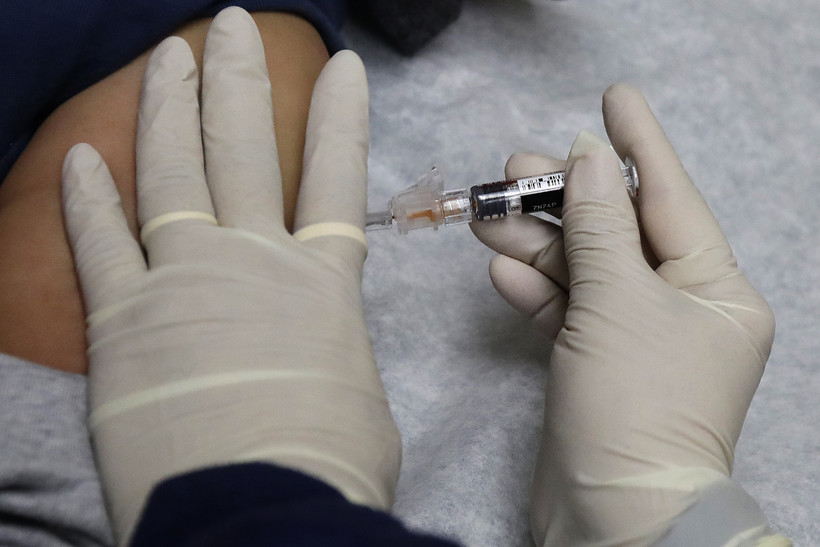 We Now Have A Vaccine That Prevents Nearly All Cervical Cancer
By Dr. Zorba Paster
Share:

Quick question: If you could take a vaccine to prevent cancer, would you take it?

Next question: If you could have your child immunized against a common form of cancer, would you do it? If, for some reason, you answered "no" to both questions, then don’t bother to read the rest of this column.

There are small pockets of anti-vaxxers — the ones who are causing the measles outbreaks you hear about — who believe unfounded theories about vaccinations that are fake. And dangerous. But for those of you who know immunizations work, read on.

Through vaccines, we’ve wiped out smallpox. In the 1950s, there were 50 million cases every year and 80 percent of the kids who got smallpox died from it, a horrible death. We also have developed vaccines with amazing success against polio, tetanus, diphtheria, meningitis, hepatitis — the list goes on.

And now we have a vaccine that prevents nearly all cervical cancer. Wow! All you have to do is provide it for your middle school-age daughter and — bam! — she’s immunized against the most common strains of HPV (human papillomavirus) that cause it.

What’s more, we now have strong data just published in the British Medical Journal that proves this vaccination works. In 2008, Scotland developed a national HPV immunization program for girls age 12 and 13, the ideal time to get this vaccine, with a "catch up" program for older girls up to age 18.

They analyzed the pap tests for approximately 140,000 women, comparing vaccinated women to unvaccinated women. They looked for cervical abnormalities of different grades, one through four, with a grade of one being somewhat abnormal and a four being cancer or almost cancer.

The younger the age when a woman had received her vaccination, the better the results. Ninety percent of those who had their shots when they were 12 or 13 had totally normal pap tests, while that dropped to 51 percent of those vaccinated at age 16.

This study didn’t include boys, but they also should get vaccinated. It prevents cancer of the penis and many forms of cancer of the mouth and throat, which can be spread by oral sex.

So with this in mind, why don’t all parents have their children immunized? Can you guess it? Perhaps they’re anti-vaxxers. But more commonly they think having the shot will promote promiscuity.

Teaching your child about sexual activity is your job as a parent. It takes time, tact and good information. I would venture to guess that if you took 100 typical Wisconsin teenagers and asked them if getting a shot to prevent cancer would prompt them to be promiscuous, they would think you were crazy — and they’d be right!

My spin: If you have a daughter or son, or granddaughter or grandson who’s at the right age to get a shot to prevent cancer, get them to the doctor pronto. You might just save their life. Stay well.